VANCOUVER, CANADA - In the height of an excellent British Columbia season, SunSelect has been introducing additional packs to its unique Outrageously Fresh line, comprised of colorful mason jar-shaped bags containing snacking veggies. Combined with ideal quality, sustained demand, and upgraded technology it seems the Outrageously Fresh line will continue to be outrageously successful. 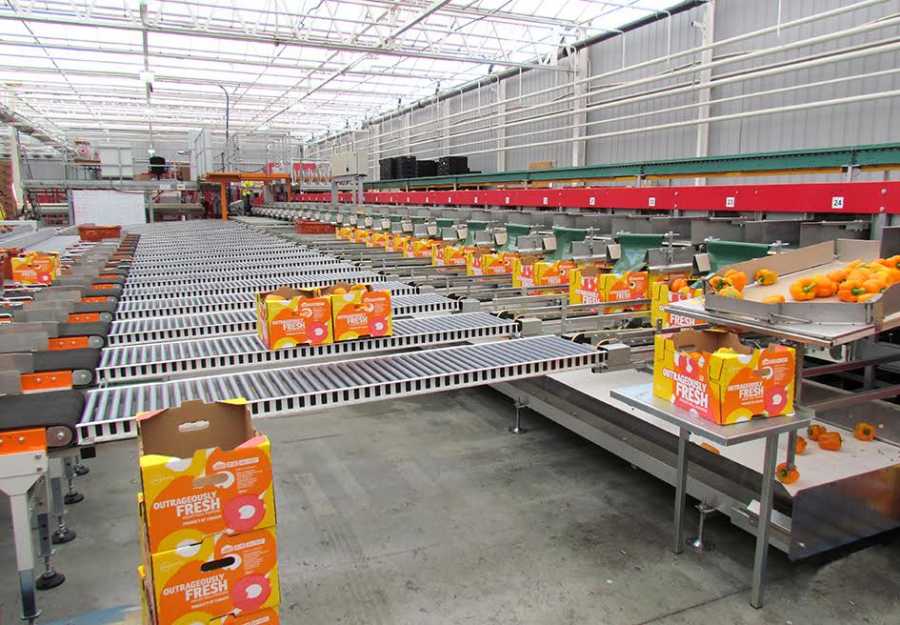 “We’ve seen a terrific response to the three, four, and six pack pepper bags, as well as our two-pound BC pepper units making their debut in the Outrageously Fresh brand,” said Len Krahn, SunSelect’s Chief Operating Officer, according to a press release. “The bright colored packaging is eye-catching at retail, and once consumers see SunSelect’s association with Outrageously Fresh, they know they can buy with confidence.”

Aaron Quon, Executive Director of Greenhouse at Oppy, SunSelects exclusive marketer, notes that the British Columbia pepper season has been characterized by excellent quality and consistency across red, yellow and orange volume, and credits technology upgrades at SunSelect for enhancing quality and efficiency.

“We moved our packing operation to our Delta location and invested in a new grading line that involves greater automation and more drop lanes,” Krahn explained in a statement. “This accomplishes a higher output using considerably less labor and delivers a more consistent pack.”

With British Columbia still in full production, Krahn is looking ahead to the fall when the grower’s California pepper season begins in Tehachapi, where light and climate favor high quality production.

“We’ll offer new-crop peppers starting in October,” he said. “This will be the second full-scale pepper season in Tehachapi, where we are producing them on 24 of our 64 acres. As the only large scale U.S. greenhouse grower to offer sweet bell peppers in the winter, we’re excited about the distribution and promotional opportunities ahead.”

SunSelect and Oppy also offer a wide range of tomatoes, including grape, cherry and gourmet medley in mason jar bags and topseal punnets, as well as tomatoes-on-the-vine and cocktail tomatoes throughout the year in the Outrageously Fresh brand.