PEORIA, IL - The Tom Lange Family of Companies has announced that it will be sponsoring Conor Daly in the 100th running of the Indianapolis 500.

The Indy 500 will take place this Sunday, May, 29, 2016. This race will mark Daly's third time participating, where he will be in the 24th position.

The company stated in a press release that the sponsorship was originally born of a passion for racing by CEO and Chairman, Phil “Rock” Gumpert. Gumpert took up racing at the age of 40 and held his license for 31 years. Gumper still races SCCA with a Formula Atlantic car, and Vintage Racing with a 1976 Formula One car and several Indy cars.

“Racing is a lot like the produce industry for me,” Gumpert said. “It is a competition within yourself, striving to beat your own best time and excel to your best potential… on and off the track.”

Being a resident of Noblesville, IN, himself, Gumper became friends with Daly’s father, Derek, who was also Formula One and Champ driver. Gumpert admired the talent and drive of Conor Daly as he watched him race go-karts from the age of 10. Gumpert and the company have sponsored and watched Daly transition into a skilled driver for over 12 years. 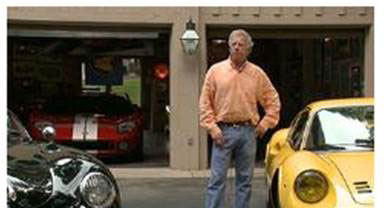 The company also noted that its sponsorship is more than just a shared passion for racing, but also a sponsorship of health and a well-balanced diet. Daly was diagnosed with Type 1 diabetes when he was 15 years-old, which caused the now 24 year-old to alter his eating habits, begin an active lifestyle, and channel his health frustrations into racing. The company said there was nothing that could slow him down.

Before every race, Daly follows a strict dietary regiment that is filled with fresh fruits and vegetables, a diet that the Tom Lange Family of Companies said it is proud to sponsor. Daly takes insulin shots and wears a glucose monitoring system, in addition to have one in his car.

Tom Lange Family of Companies wishes the best of luck and a safe race to Conor Daly in this Sunday’s race! Daly’s first qualifying run for the Indy 500 was 227.804, with a second qualifying run of 227.862.

For more than 50 years, Tom Lange Company has been building a Global Produce Network to provide a full line of the finest...