DEAL, ENGLAND - At a roundabout (or traffic circle, as the locals might call it) on a country road in England, a tractor full of taters tumbled onto the road when a driver lost control while negotiating a roundabout. The accident occurred at the junction of the fittingly-named Sandwich road, according to a Fox News report. 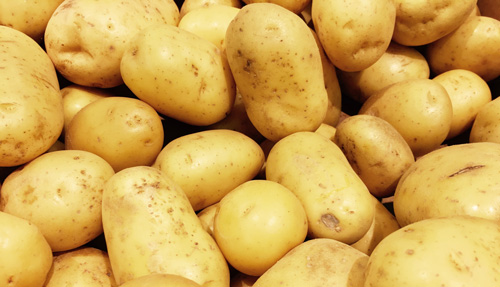 Although the loss of so many spuds is an obvious tragedy to lovers of mash, baked potatoes, tots, and fries (or chips for the English), locals found the tottering taters less worrisome than hilarious and took to Facebook to poke fun with some well-meaning potato jokes. Some highlights the news source included were:

The road was blocked for half a day, but no injuries were reported, despite the avalanche of thousands of potatoes. For more tater-related chuckles and topples, keep reading AndNowUKnow.