WASHINGTON, DC – The United Fresh Produce Association announced a new senior hire this week, bringing in-depth knowledge of both the fresh food world and Capitol Hill to the Association. John Hollay is joining the organization as its new Senior Director of Government Relations effective March 19. 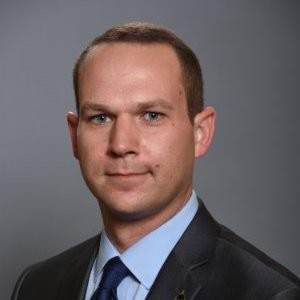 “I am very pleased to join the team at United Fresh,” said Hollay. “The wide array of issues we will be tackling are vitally important to our members, and I look forward to vigorously advocating for our priorities each and every day. With immigration reform still pending and a farm bill expiring at the end of the year, the fresh produce industry has a great deal at stake as Congress continues its work.”

According to a United Fresh press release, Hollay worked for the National Milk Producers Federation for six years, eventually rising to Vice President of Government Relations. During this tenure at National Milk, Hollay spearheaded strategic efforts for the nation’s dairy farmers on issues around the 2014 farm bill, immigration reform, and bioengineering labeling. Prior to that he served as a congressional aid for five years working for Joe Courtney of Connecticut. And on Capitol Hill, serving as a senior legislative assistant, Hollay focused on issues ranging from agriculture policy to education and labor.

“We are very excited that John will be joining our team at United Fresh as I have worked with him for several years now on a number of issues impacting the fresh produce industry,” said Robert Guenther, Senior Vice President of Public Policy for United Fresh. “John’s in-depth knowledge of Washington, DC, and Capitol Hill, along with his strategic insight on issues such as immigration reform and the farm bill will strengthen our efforts here in our nation’s capital.”

We at AndNowUKnow congratulate John on his new role and wish him and the United Fresh team the best as they work to secure the future of the fresh produce industry.