WASHINTON, DC - Congress is throwing its support behind efforts to provide more water to San Joaquin Valley growers in times of drought—and moving ahead with plans to raise Shasta Dam—the fourth-tallest dam in the state of California. Last month, Congress took the first step in moving the project forward—granting $20 million in funds for preliminary work on the $1.3 billion project. And the Department of Interior has declared that construction will begin next year—despite legal hurdles that have yet to be obviated.

According to a San Francisco Chronicle report, Congress, the Trump administration, and the Westlands Water District—a water district that provides water to the western San Joaquin Valley—have all been pursuing a plan to raise the 602-foot dam an additional 18½ feet, enlarging the dam's capacity by 13 percent. Since 2016, when Republican House Majority Leader Kevin McCarthy and Democratic Senator Dianne Feinstein introduced legislation to shift more control of water storage projects to the Secretary of Interior, the project has been gaining steam, and federal authorities have worked to mobilize resources and overcome obstacles to the project. 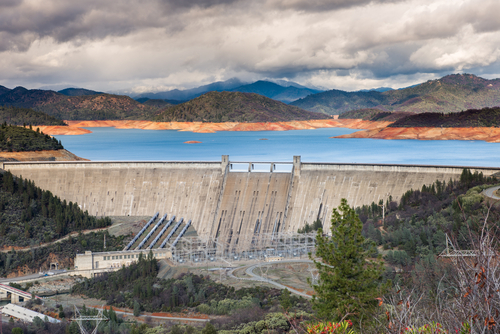 Though the Shasta project has been in discussions for years, California law has prohibited the project from moving forward because raising the dam may impact the McCloud River, a river that hosts “one of the finest wild trout fisheries in the state.” The project is also opposed by the Winnemem Wintu tribe, on the grounds that it would inundate protected sites sacred to the tribe, various conservation groups, and the State of California, which is pursuing several other water storage projects.

The Shasta project, proponents note, would allow the state to store more water and allow the Central Valley Project—a federal project that provides water to districts throughout the state—to dispense more water during periods of extensive drought. The Chronicle report noted that, during the five-year drought that ended last winter, some farmers received no water at all from the Central Valley Project for as long as two years, resulting in decreased production and fallowed farmlands.

AndNowUKnow will continue to report on the situation as it develops.