AUSTIN, TX - The day the retail community has been waiting for is here—Whole Foods is officially under Amazon ownership. And, just as promised, the grocer’s produce prices are lower than ever before. With discounts ranging anywhere from 13 to 43 percent, Amazon looks to be approaching its new ownership in Whole Foods with the goal of banishing that “whole paycheck” stereotype.

Just announced late last week, Amazon had revealed that its strategy will be to make organics, and other healthy food such as produce, affordable to a new demographic of shoppers, with Amazon Worldwide Consumer CEO Jeff Wilke stating, “Everybody should be able to eat Whole Foods Market quality—we will lower prices without compromising Whole Foods Market’s long-held commitment to the highest standards. To get started, we’re going to lower prices beginning Monday on a selection of best-selling grocery staples…”

And lower prices have already taken root. According to CNBC, a Whole Foods employee shared that more than 300 items were being discounted, from Whole Trade bananas, organic avocados, and organic baby kale and lettuce, to organic Gala and Fuji apples. 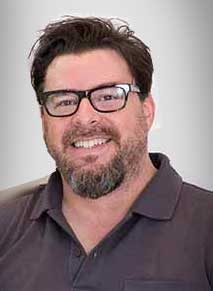 "[Amazon is] making organic foods accessible to all walks of life in this country," Greg Fleishman, Co-Founder of baking mix brand Foodstirs and Whole Foods supplier, told CNBC. “The whole intent of this [merger] is to retain loyalists, but also to attract an entirely new consumer who was held back because of price.”

According to source Bloomberg, who went in-depth at the mid-town Manhattan Whole Foods, these are a few of the discounted prices found this morning:

To see the other categories Bloomberg investigated, click here, and stay tuned to AndNowUKnow as we continue to look at Whole Foods new strategies moving forward.