BRAZIL - Like most opening ceremonies, Brazil’s 2014 World Cup Opening Ceremony featured a wealth of colorful outfits, energetic performances, with an appearance by Pitbull, Jennifer Lopez, Claudia Leitte, and… wait, are those dancing fruits and veggies?!

“We Are One,” along with co-artists Jennifer Lopez and Claudia Leitte.

Is this the World Cup or a produce aisle come to life? Just watch the video above. You’ll see special guest star appearances from… 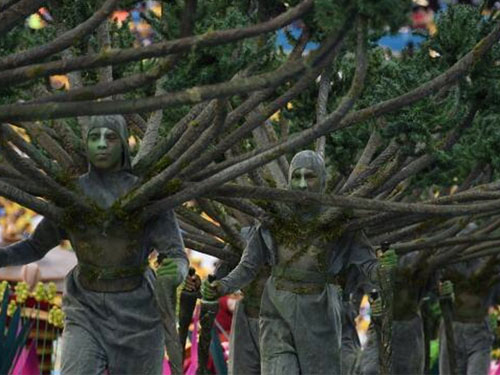 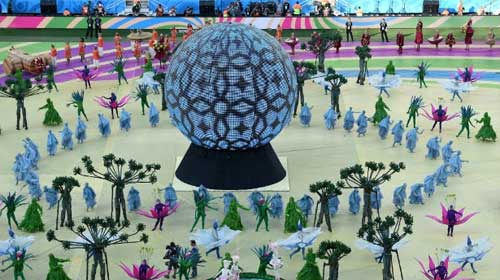 They all swirled and pranced around to appease the giant LED ball in the center of the field - its bright, flashy lights expressing joy and jubiliation at its dancing minions. Just when you thought it couldn’t get any more absurd, the ball opened, and Pitbull emerged in all his glory. He was there to sing his World Cup theme song, “We Are One,” along with co-artists Jennifer Lopez and Claudia Leitte. 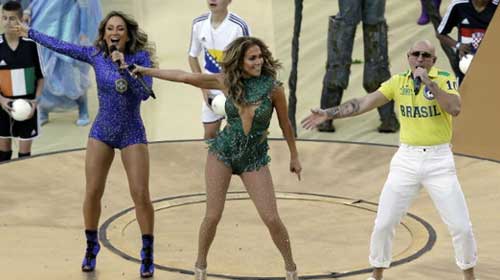 I thought I saw enough produce in my dreams, but Brazil took it to a whole other level.