WARSAW, POLAND - 350 pounds of cocaine was uncovered in an Ecuadorian shipment of bananas to Polish supermarket chain Stokrotka on Monday morning during a routine unpacking of fruit shipments. Local news chains and residents alike were shocked at the discovery of the popular street drug nestled among the crates of breakfast staples.

According to news source New Straits Times, Dawid Marciniak, spokesman for the Poland National Police Headquarters, was quoted in an interview with Agence France Presse (AFP) explaining that “employees found cocaine bricks covered by bananas inside boxes shipped to various outlets of a Polish supermarket chain.” 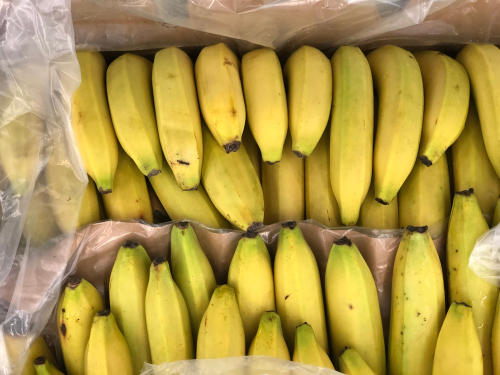 He admitted that some of the bricks weighed up to a kilogram each, but provided no further information due to ongoing investigation. With no arrests made yet, the question at the forefront of the case is discovering who ordered the shipment. With local estimates of the street worth of the shipment as high as $21 million, the perpetrator could have sold over 150,000 one gram bags had the shipment been received.

With Stokrotka supermarkets identity as a subsidiary of the Lithuanian retail chain “Maxima Group,” shipments could also appear in Lithuania, Latvia, Estonia, and Bulgaria if the chain itself was a part of the trafficking.

ANUK will continue to report on any other suspicious shipments, and how traffickers continue to use precious produce for nefarious deeds.