EDEN PRAIRIE, MN - Will SuperValu be taking its store count to the chopping block in order to boost its value? If activist investor Blackwells Capital has anything to say about it, that could be just one of the proposed changes that come to fruition.

In a letter made public early this morning, Blackwells has called for the sale of around 30 percent of its stores, the divestment of several real estate holdings, and a “refreshment” of its leadership. Blackwells, which currently owns about 4 percent of SuperValu’s shares, is in the top 10 of the retailer’s shareholders.

“Supervalu is one of the country’s largest publicly held grocery distributors and retailers. We were initially attracted to the Company’s durable wholesale distribution cash flows, compelling acquisition strategies and real estate value of its owned distribution centers and stores. Despite these advantages, SuperValu’s stock price performance is abysmal,” wrote Blackwells Managing Partner Jason Aintabi in the letter. “It has underperformed all relevant benchmarks, including its closest peers, over 1, 3 and 5-year time periods.” 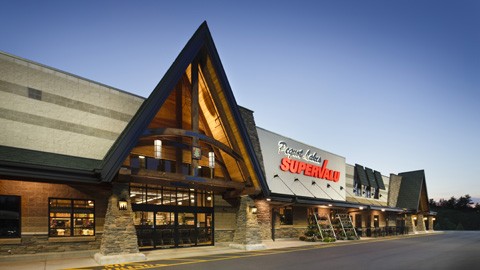 Furthermore, Aintabi outlines four potential initiatives in the letter that he believes would reposition SuperValu and “unlock value”. The four points are as follows:

Aintabi suggests the company sell some of its 17.3 million-square-feet of owned real estate. Its analysis suggests SuperValu’s real estate value alone is worth multiples of its current market capitalization.

Blackwell suggests the company steer away from some of its direct retail exposure and sell some of it’s “struggling” locations. Aintabi’s plan would see a sale of approximately 30% of the stores, while using the remaining ones to roll out delivery and meal preparation services.

Aintabi is calling for SuperValu to supplement its leadership with new expertise, including filling the current CFO vacancy with a seasoned industry executive.

Blackwell is suggesting SuperValu must begin paying a dividend and commit to growing that dividend over time, as well as implement a share buyback plan that will be “immediately defending shareholder value.”

"We take seriously all input from our shareholders," a spokesman from Supervalu told CNBC in a statement. "As we have publicly stated, we continue to evaluate and execute on various initiatives as part of our efforts to transform SuperValu and create value for our shareholders."

Blackwells and Aintabi are seeking to immediately meet with Supervalu's board and discuss its proposal. There has yet to be word if a meeting has been set, but as this story continues to develop, stay tuned to further updates from AndNowUKnow.