ZAANDAM, THE NETHERLANDS - Ahold Delhaize has had a quarter worth celebrating! The company reports solid sales growth and higher margins for its recent quarter—which has resulted in marked growth for operating income, as well as strong growth for net income at constant exchange rates.

"We are pleased with our performance during the first quarter, proving that the execution of our Better Together strategy continues to bear fruit, delivering sales growth and synergies throughout the business. Benefiting from our scale and building on our leading positions on the U.S. East Coast and in Europe, our great local brands demonstrated their capabilities and agility to meet rapidly changing consumer needs and preferences,” Dick Boer, CEO of Ahold Delhaize.

Sales rose at 2.5 percent at constant exchange rates to €14.9 billion, or about $17.6 billion USD. What supported the growth was a solid performance in brick-and-mortar stores and strong online business. The company reports its underlying operating margin expanded to 4.0 percent from 3.8 percent in the same period last year. This growth was driven by synergies, Boer explained in the press release. Well on its way to realizing almost $6 billion USD in online consumer sales by 2020, the company’s net consumer online sales grew 23 percent across the group.

"The U.S. brands, which are reported as one segment as of January 1, reported improved comparable sales growth excluding gasoline of 2.8%, supported by the favorable impact of holidays and some weather impact. The underlying operating margin rose 30 basis points to 4.3%, driven by synergies and with our "save for our customers" program offsetting cost inflation. In a competitive market with new entrants, Food Lion reported its 23rd consecutive quarter of comparable volume growth, as its 'Easy, Fresh and Affordable' program is now deployed in more than 500 of its stores. Furthermore, online sales grew 9% across all our U.S. brands." 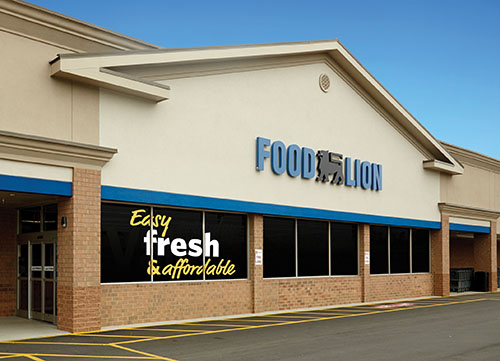 The Netherlands’ sales showed a growth of 3.2 percent, and in Belgium, sales grew 4.1 percent. In Central and Southeastern Europe, however, Romania’s sales grew 19 percent. This jump, Boer explained, was due to strong comparable sales growth and new store openings.

News of this tremendous growth comes on the heels of Ahold Delhaize’s announced succession plan for Boer, as we previously reported.

"With Frans Muller succeeding me as CEO on July 1, I am confident our strong leadership team will continue to drive innovation and growth in stores and online as we create value for all our stakeholders and live up to our promise to be a better place to shop,” Boer shared.

In addition to this big transition in the company's executive makeup, Ahold also announced that it is extending its option agreement with with Stichting Continuïteit Ahold Delhaize (SCAD), while also making other commitments to shareholders. The previous commitment expired on December 15th, 2018; however, that agreement will now extend 15 years beyond that date.

Another press release from the company outlines the following commitments with SCAD:

For more fresh produce happenings, stick with us at AndNowUKnow.