ZAANDAM, THE NETHERLANDS – It looks as though consumers are still smiling on Ahold Delhaize following the company’s well-awaited merger. The company released its Q3 report, the first since its prospective joining, and reported increases across its financial board. These increases included a 25 percent rise to its profits. 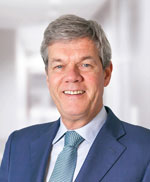 “Despite challenging conditions in certain markets, Ahold Delhaize has delivered growth in sales and in underlying operating income on a pro forma basis which reflects the strength and resilience of our great local brands, as well as our continued focus on delivering cost efficiencies across our businesses while driving top-line growth,” stated CEO Dick Boer in a press release. 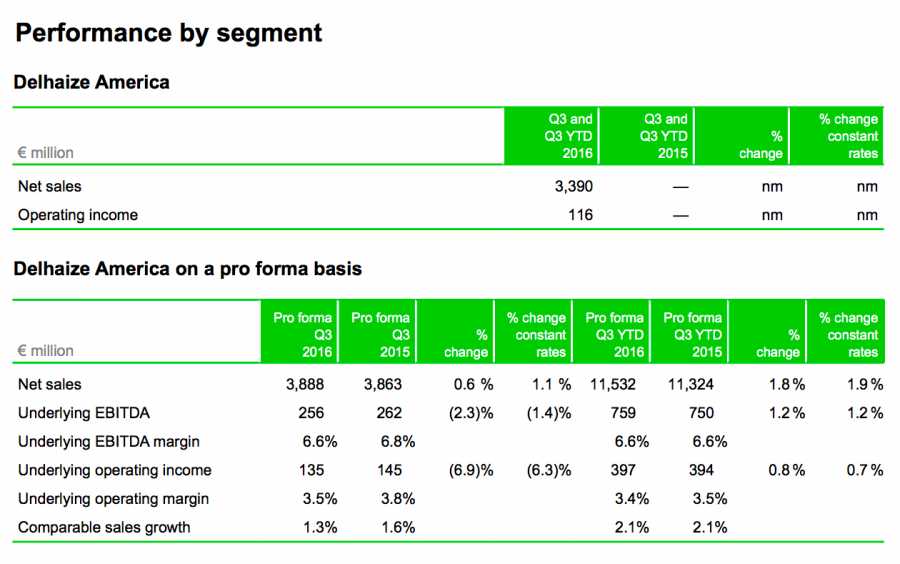 As Ahold Delhaize looked to gain a further foothold in U.S. markets, Boer stated that the trading environment in the U.S. remained challenging with pricing and competitiveness, but the company still experienced growth in both areas of business and overall volume growth. Delhaize America’s pro forma net sales increased by 1.1 percent, with Ahold USA seeing a pro forma net sales increase of 2.4 percent with a sales growth of 3.4 percent. 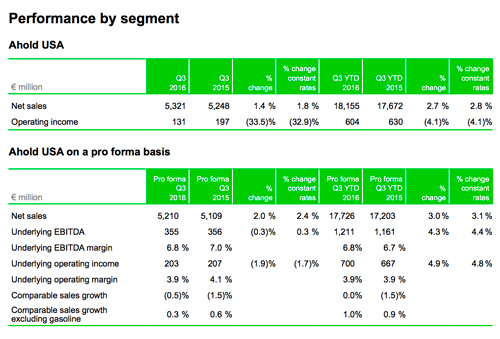 Further details regarding the company’s momentum and third quarter progress is as follows:

During this quarter, Ahold USA unveiled its new produce and bakery departments, and also launched a new round of price investments to further to commit to its consumers. Delhaize America saw the inclusion of 142 Food Lion’s undertaking the “Easy, Fresh & Affordable” initiative with extensive remodeling. 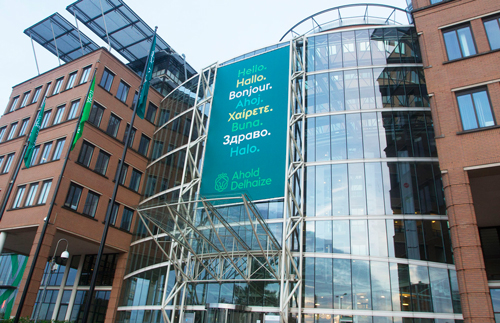 In general, the company stated, its first financial report since the long-awaited merger is in line with its year-to-date profit expectations, and slightly ahead of last year's numbers.

What’s next for the retailer? As Ahold Delhaize continues to battle the tight U.S. market, AndNowUKnow will update you as strategies and announcements roll in.