ZAANDAM, THE NETHERLANDS - A strong Q1 2016 financial report is bringing Ahold even closer to its impending merger with Delhaize, beating analysts expectations for income by almost $16 million. Ahold CEO Dick Boer says this news puts them right on track to complete the merger by the middle of this year.

“We continue to make good progress on our proposed merger with Delhaize, which we expect to complete in mid-2016,” shared Boer. “Working together towards this common goal reaffirms our view that the merger will create a better and more innovative retailer, capable of delivering enhanced value for our customers, associates, and shareholders.”

“We continue to deliver on our strategic objectives, with a good operational and financial performance in the first quarter,” Boer continued. “Our focus remains on serving our customers and delivering on our Simplicity program, in order to invest in our great local brands to ensure that we provide even more value and innovation.”

Other highlights from Ahold's Q1 2016 financial report include: 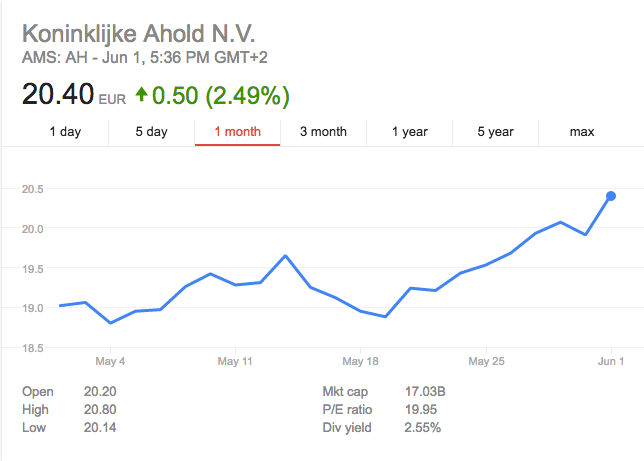 As we reach closer to mid-2016, when Ahold and Delhaize say their merger will be complete, count on continued coverage from AndNowUKnow.