Operator of the high-end style, millennial-geared bfresh, which opened its doors late last year after a mysterious teaser campaign, the division has had an Everything Fresh grocery store spanning a trendily modest 3,700-square-feet in the same area since December of 2014, according to a philly.com report.

Ahold’s focus on fresh has continued to grow in the past year, with Fresh Formats now having popped up in other New England area, including both Connecticut and Massachusetts. 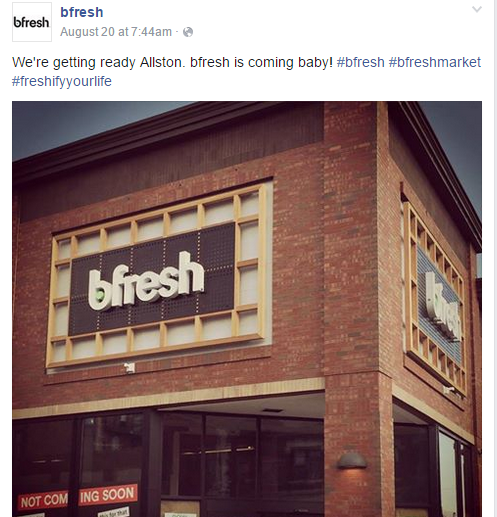 Now the company has entered into a lease agreement at the property and is working on its plans for the site, though there is no timetable for this latest opening, Marketing Magus for Fresh Formats and a developer of bfresh Suzi Robinson told philly.com.

As we previously reported, Ahold’s latest foray into a fresher push looks to provide a fun, aesthetically appealing option with an emphasis on fresh organic produce, as well as meat, seafood, and deli options.

“We sought to provide a one-stop, easy-to-shop solution for the Fairfield community,” Robinson said previously on the idea behind the brand at its Fairfield opening. “bfresh is designed for anyone who loves food and wants healthy, affordable, locally-sourced options in their neighborhood.”

AndNowUKnow will continue to follow Fresh Formats as it looks to become the latest trend in both the retail and produce industries.