SEATTLE, WA - The report is in, and things are looking better and better for Amazon. The e-tailer announced fiscal results for its first quarter, which ended March 31st.

While Amazon has seemingly seen growth throughout the entirety of its business, some successes are a direct result of its relationship with Whole Foods. In addition to offering delivery options to Whole Foods shoppers, the retail giant launched its Amazon Prime rewards program, offering shoppers at Whole Foods 5 percent back on their groceries. These actions have resulted in strong leg of business growth, which can be seen in the boost in Prime memberships and within our industry. 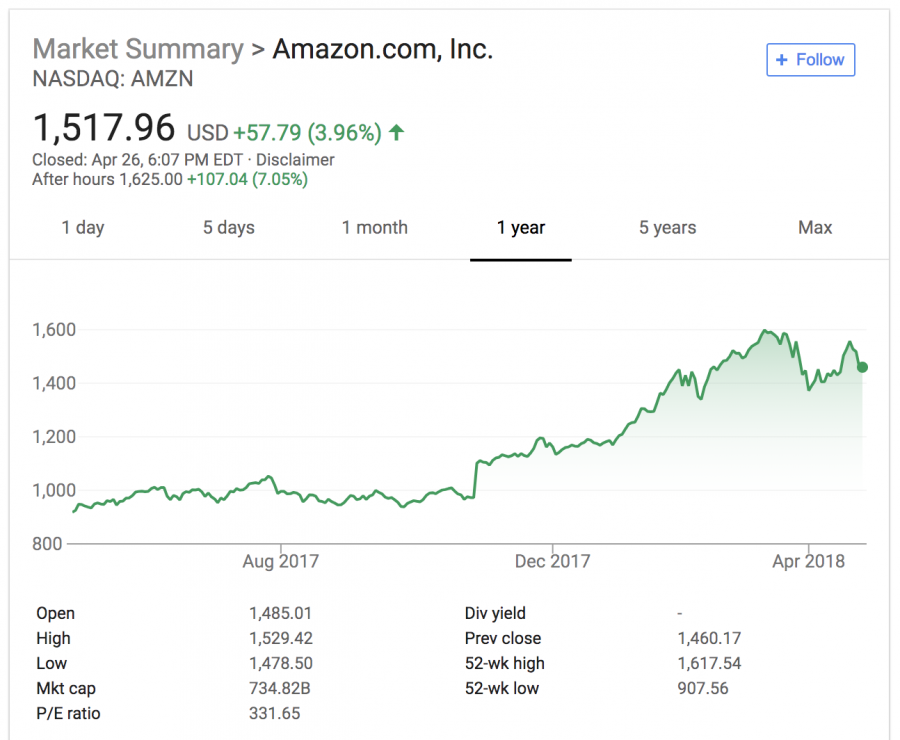 “AWS had the unusual advantage of a seven-year head start before facing like-minded competition, and the team has never slowed down,” said Founder and CEO Jeff Bezos, who commented on the propitious success of Amazon Web Services (AWS). “As a result, the AWS services are by far the most evolved and most functionality-rich. AWS lets developers do more and be nimbler, and it continues to get even better every day. That’s why you’re seeing this remarkable acceleration in AWS growth, now for two quarters in a row. A huge thank you to all our AWS customers, and you can be sure we’ll keep working hard for you.”

Additionally, Amazon announced plans to raise the price of Prime membership, during a conference call this week; the Wall Street Journal reported on the matter, noting that the price increase will be only the second in its 13-year history.

The report also remarked on the following Q1 highlights:

For more details on what pushed Amazon to such high heights, check out the report in full here.

For more industry happenings, check back with us at AndNowUKnow.