MILWAUKEE, WI - Sometimes to stay ahead of the industry as a whole, you have to keep even yourself on your toes. Such is most likely the thinking of grocery giant Amazon, who recently divested one of its larger facilities as part of its plan to set up smaller distribution hubs throughout the U.S.

According to the Milwaukee Business Journal, Amazon has divested its 1.5-million-square-foot fulfillment center in Kenosha, Wisconsin, for $176 million. The facility’s two buildings were sold to two global real estate investment firms. 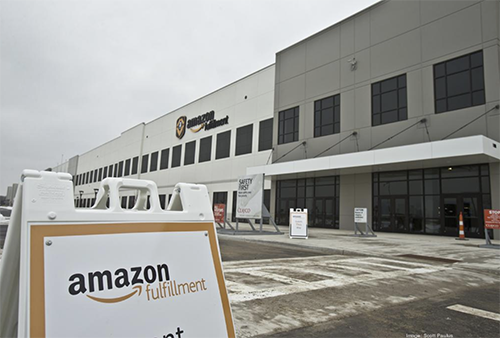 The news source noted that the e-tailer’s Kenosha fulfillment center was one of the first in a large network of Amazon distribution centers in southeast Wisconsin. Now, Amazon appears to be building a scaled-down (in square footage) fleet of facilities, with the grocer confirmed for a short-term lease for a 748,300-square-foot center located across the highway from its former Kenosha location. Another two are allegedly confirmed in Yorkville and Sturtevant as well.

These smaller distribution hubs will work alongside the larger facilities by serving as half-way points between the massive distribution centers and buyers. Specifically, the smaller fulfillment centers will receive truckloads of product from their larger counterparts before delivering these products to consumers.

How will Amazon’s new network of fulfillment centers expand its partnerships with suppliers in locales across the U.S.? AndNowUKnow will continue to report.