BJ's Wholesale Exploring a Buyout or an IPO

WESTBOROUGH, MA - BJ’s Wholesale is shopping ownership options, according to a Wall Street Journal report, and is open to either an acquisition or an IPO.

As we reported recently, the wholesaler’s CEO, Chris Baldwin, who was named in the leadership role just over a year ago, named an emphasis on its fresh business as key to its strategy of being cutting edge in the industry in an interview with Post and Courier.

Now, the company appears to consider itself in a prime position for what could be a multibillion dollar deal. WSJ noted that people close to the matter disclosed that Leonard Green & Partners LP and CVC Capital Partners Ltd. are in the process of hiring investment bankers. The reason? To advise on options, including a full sale or initial public offering.

Should BJ’s go for an IPO, it could come in the second half of 2017, according to those familiar with the matter. If so, it would help to break something of a drought in the IPO circuit. 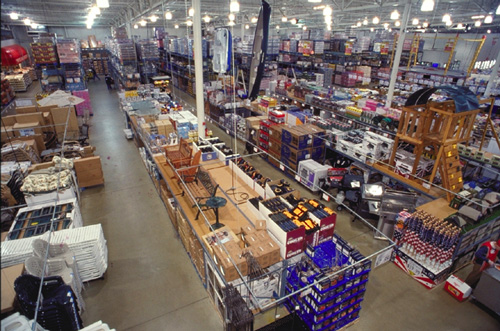 Dealogic noted that last year was the slowest for U.S. IPOs by dollar volume raised since 2003, according to WSJ, with only a handful of retailers in particular having made the move.

To read WSJ’s full report on the matter, click here.

BJ’s Wholesale currently employs around 25,000 employees amongst its 210-plus membership-based warehouse clubs. Locations span soon-to-be 16 states, and the company reports upwards of $11 billion in annual sales.

AndNowUKnow will continue to report on this story as it develops further.