WESTBOROUGH, MA - When advertising in this tight retail market, it takes something innovative to stand out from the pack. On the cusp of its expansion into the Eastern Michigan market, BJ’s Wholesale Club has come up with a new ad campaign that offers a surprising take on the wholesale club experience. The campaign highlights the benefits of BJ’s Wholesale while providing a humorous spin on the average BJ’s shopper. 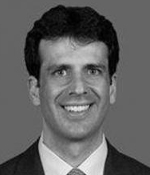 “Consumers have more shopping options than ever, and we know some may not be looking for another wholesale club,” said Lee Delaney, Executive Vice President and Chief Commercial Officer. “But we know that once shoppers realize that BJ’s Wholesale Club can save them up to 25 percent off grocery store prices every day, they’ll be eager to join. Our new campaign builds on that promise, showcasing our fresh take on the wholesale club and all of the reasons to join BJ’s.”

The campaign centers around Frank, a community member who is staunchly opposed to joining BJ’s Wholesale as a member—despite losing out on significant savings, according to a press release. Frank continues to protest against the retailer, and lists his reasons for not joining in “homemade” videos shot in front of BJ’s Wholesale billboards. In the videos, Frank trolls the retailer’s social media campaign, even showing up in a store parking lot, raucously attempting to rally shoppers not to sign up. However, while Frank is steadfast in his decision not to join, his wife Brenda has already signed up, signifying her as the smart shopper who understands the benefits of BJ’s Wholesale.

Set to roll out over TV, radio, out of home, digital, and social media, the campaign is grounded in research and highlights the traits that differentiate BJ’s Wholesale from its competitors by focusing on what consumers are looking for in their shopping experience.

The campaign’s TV and video assets will launch in metro Detroit on July 15, just a few months before the first two BJ’s Wholesale locations open in the region—in Taylor, MI, and Madison Heights, MI, later this fall.