UNITED KINGDOM – As the United Kingdom made headline-breaking news last week with its vote to Leave the European Union, the subsequent debate is still continuing its impact, reaching that of the U.K.'s agricultural industry. Farmers are now hoping that assurances they received prior to the actual vote will still withstand.

Currently, the European Union’s Common Agricultural Policy provides some farmers with half of their annual income from agricultural subsidies, according to the abc.net.au. The actual value varies depending on the current Euro-Pound exchange rate.

"Before the referendum, before the vote, farmers were being told by the Leave campaign, 'don't worry, there will be a replacement, the money we're sending to Brussels will be in a pot and distributed to farmers, the National Health Service, and education,’” stated Belfast-based freelance agriculture reporter, Chris McCullogh.

As some speculate the impact that Brexit could have on the Euro-Pound exchange rate, U.K. farmers are concerned that a drop in subsidies could cause their produce and other offerings to become less competitive than other European producers.

"But since we've known the outcome on Friday, nothing has been announced, at the minute we're having a political meltdown, and we don't know who'll be in power tomorrow," stated McCullogh. 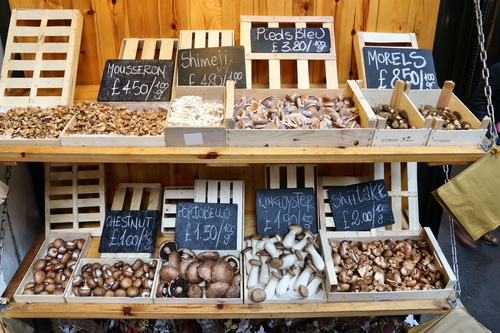 The National Farmers Union (NFU) echoed these concerning speculations in a statement to the Independent. NFU President, Meurig Raymond, stated that U.K. farmers have cause for concern over the impending Brexit as 60 percent of the food consumed is imported, in addition to the value subsidies provided to farmers.

Minette Batters, Deputy President of NFU told MailOnline that food prices will have to rise in order to ensure U.K. farms stay in profit, as the region has the highest pay rates in Europe and most farms are already being paid below the cost of production prices already.

“For fruit and vegetables in particular we are going to have to secure higher prices or we risk losing farms and will have to rely on imports,” stated Batters.

George Dunn, CEO of the Tenant Farmers Association, which voted to Stay in the EU, stated that the industry can expect a turbulent period in the near future, but should remain steady.

"We need to have wisdom and diplomacy, so we both have a successful [transition] from the EU, and to create the necessary structures to ensure our industry has the ability to continue to compete in a world market," Dunn stated.

Despite these points for concern, McCullogh continued to speculate to abc.net.au, that there may also be upsides for farmers exiting the EU, as a chance to produce and operate free from what many call excessive regulation and permit requirements as imposed by EU legislature.

"This one size fits all approach is what the farmers are concerned about, that it's not the same rules universally, and there's too much red tape, too much paperwork, and too much hassle from Brussels," finished McCullogh.

According EU rules, the U.K. can have two years to negotiate its exit from the European Union.

As more information is released on Brexit’s impact on U.K. subsidies, tarrifs, and access to the global market, stay with AndNowUKnow for the latest.