SALINAS, CA - Zero waste certification is quite the achievement to tout in the fresh produce industry. Retailers and consumers alike seek out this distinguished dedication, making companies like California Giant Berry Farms and Measure to Improve (MTI) ones to watch. The two recently partnered up in the name of zero waste and have now announced that the Green Business Certification Inc (GBCI) awarded California Giant’s Watsonville, California, headquarters with the TRUE (Total Resource Use Efficiency) Zero Waste Gold Certification. California Giant is MTI’s sixth client facility in two years to achieve this honor, demonstrating growing momentum in the produce industry to reduce waste to landfill, and increasing customer appreciation for the third-party validation provided by sustainability certifications. 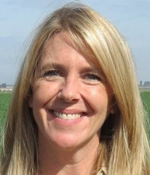 “Achieving Zero Waste Certification takes dedication, time, and support from everyone within an organization,” said Nikki Cossio, Founder and CEO of Measure to Improve. “A successful Zero Waste program provides an opportunity to save money, stay ahead of or comply with regulatory mandates, demonstrate your organization's environmental commitment, and is a starting point for building a culture around sustainability. The benefits go beyond the four walls of an organization. It can have a positive effect on the community in which the employees live and work.”

To achieve Zero Waste Certification, companies need to divert at least 90 percent of the total material used at the facility from the landfill for 12 consecutive months. Throughout the certification period, California Giant’s HQ team successfully diverted 91.24 percent of waste from the landfill through reducing single-use materials like paper and plastic cutlery, composting food waste, and recycling.

One of the benefits of reducing waste to landfill is that it decreases greenhouse gas emissions. Together, California Giant’s zero waste efforts represent a savings of 159.69 metric tons of carbon dioxide equivalent, or the equivalent annual emissions of 34 passenger cars. 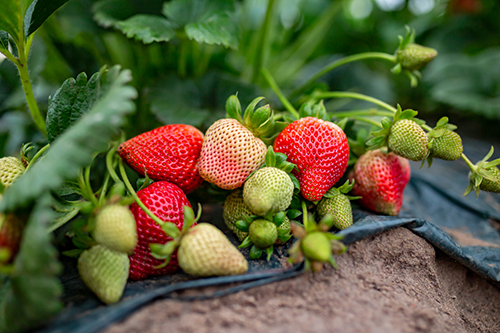 While California Giant has met its initial goal, it is not the end of the company’s sustainability efforts. Over the coming years, the grower will expand its Zero Waste program to other facilities, and encourage and support its suppliers in implementing on-farm recycling programs.

Other produce companies to achieve and maintain their TRUE zero waste certification over multiple years include two production facilities at Ippolito International, and three of Taylor Farm’s facilities in California which all achieved TRUE Platinum, the highest level of achievement in zero waste. According to a press release, MTI helped build the zero waste programs for each of these companies to reduce waste management costs and increase diversion from landfill through reducing, reusing, recycling, donating, and composting.

The mission of Measure to Improve is to help agricultural producers and processors measure, improve and credibly promote...