WOODRIDGE, IL - As our industry continues to push for more traceability, Capital City Fruit made the decision to switch to Produce Pro Software. With the amount of repacking within its operation, the company was in search of a robust inventory management system. 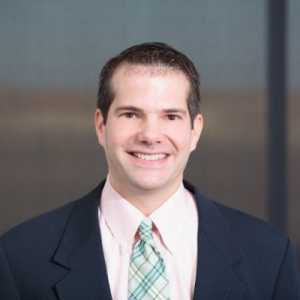 “I originally heard about Produce Pro in the late 90s at a produce convention,” commented Christian Comito, CEO. “And, as I went to conventions over the years, I noticed the customer logos on Produce Pro’s trade show booth kept growing and businesses we knew were being added.”

In 2009, the company considered Produce Pro Software when it installed its first inventory management system. After scoring various software companies based on features, Produce Pro Software ranked the highest, but Capital City Fruit went with another option. However, after ten years passed, the team decided to finally make the switch.

“Produce Pro has good systems but they also have good people,” Comito added. “A lot of their staff has worked within the produce industry in the past and truly understands the intricacies of produce; especially their trainers which is completely different from other software companies we’ve looked at previously. I was also impressed by the company’s longevity. This really sets them apart from the other software that’s available.”

When it came time to implement the new system, Produce Pro Software’s strong systems and knowledgeable staff were evident once again.

“Their implementation process prepared us for the transition. I like that they have an orientation for senior leadership to learn about the business and find areas that might affect processes, so we could start changing those processes before the software went live,” said Comito. “Not to mention, our implementation process was actually fun! The staff all have a great sense of humor and were willing to be light-hearted with our team when we needed a break from training or a stress-reliever.”

Sean Overholser, Production Manager, added that, “I also cannot say enough about the entire Produce Pro team. The level of support is exceeding my expectations. Any time, day or night, they are there to provide guidance and help answer questions.”

Since going live with the system just a few months back, Capital City Fruit has already realized several improvements throughout their operation.

“The shipment reports are much easier to build in Produce Pro which saves me time each day,” commented Marc Newman, Transportation Manager.

In addition to this improvement, Sean Overholser noted that the entire repack module has been extremely easy to use.

“We’ve increased our efficiency with label management as well as repack accuracy several times over,” he said. “Repacks that used to take 10-15 minutes each are now processed in under a minute. Label format selection is automatic and also super simple. Produce Pro is so fast and reliable.”

So, what’s next for the company after making the switch to Produce Pro Software? 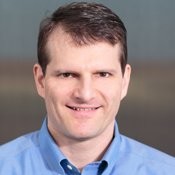 “Produce Pro enables us to accurately track the input product and what outputs are produced from that input product,” Brendan Comito, COO, said in a press release. “We also have much better reporting that allows us to find and fix inventory issues in real time. Next up, we’re planning to implement Produce Pro’s Warehouse Management System. We think this will enable us to get an even better handle on our inventory and improve our shipping accuracy, so we are looking forward to the enhancement of our system and continuous improvement of our operation even more so into the future.”

For the latest in produce tech, keep following us at AndNowUKnow.

Capital City Fruit is your go-to for all things produce. We specialize in sourcing and distributing the highest quality...