SAN DIEGO, CA - U.S. Customs and Border Protection (CBP) officers were hard at work at the ports of entry in San Diego and Imperial Valley counties this weekend as they intercepted roughly $61 million worth of narcotics. The discoveries included 668 pounds of methamphetamine hidden in a cactus shipment as well as almost 15,000 pounds of marijuana in what was supposed to be a shipment of limes. 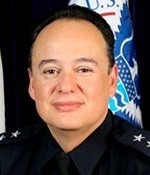 “International drug trafficking organizations will use whatever means they can think of to try and move their illicit shipments into the U.S.,” said Pete Flores, Director of Field Operations for CBP in San Diego. “CBP officers dedicate their careers to protecting our country by securing the border. For them, these unusual seizures are all in a day’s work.”

On August 7, at about 8 a.m., a tractor-trailer arrived at the Otay Mesa cargo facility with a shipment disguised as cactus. CBP officers referred the shipment to be unloaded at the dock for an intensive inspection, according to a press release. 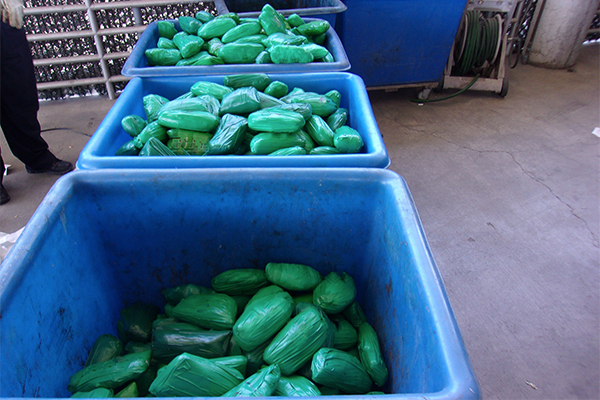 A CBP canine team screened the shipment, and the dog alerted officials to a pallet of cactus. Officers searched inside the crates of cactus pads and found packages, wrapped with green tape, hidden inside. In total, officers found 590 packages, containing about 668 pounds of methamphetamine. The narcotics have an estimated street value of over $1.5 million.

Later that same day, again at the Otay Mesa cargo crossing, at approximately 6:30 p.m., CBP officers sent another tractor-trailer to the dock for further inspection after discovering anomalies during a scan by an X-ray imaging system. CBP officers opened the boxes and found large, tape-wrapped packages inside the many boxes disguised as limes. Officers found 622 large, tape-wrapped packages inside the boxes, containing 14,880 pounds of marijuana. The narcotics have an estimated street value of almost $60 million.

Thank you to all of our border officials who continue to protect our fresh produce shipments. For more updates from around the world, keep checking in with AndNowUKnow.