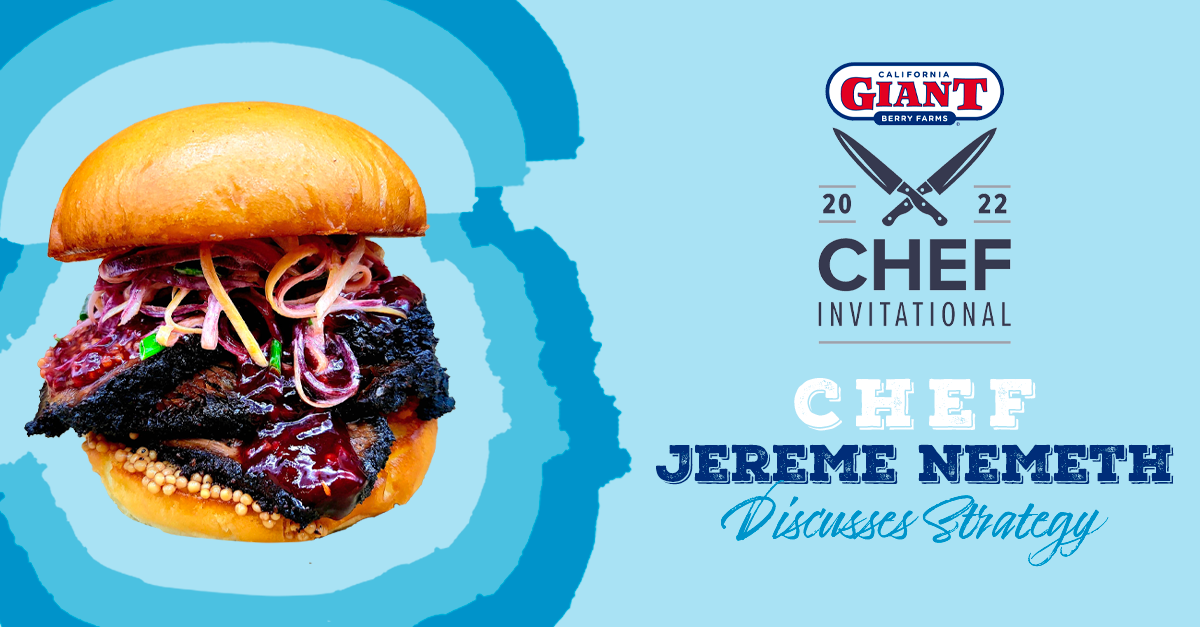 Jereme Nemeth, Culinary Consultant at Sysco Eastern Shores Region, shares these words with me as we discuss the upcoming event from opposite sides of the country. He is a finalist for the Chef Invitational, earning his spot with the Berry Brisket Sando topped with blackberry barbecue sauce, raspberry Malibu carrot slaw, and pickled mustard seed. 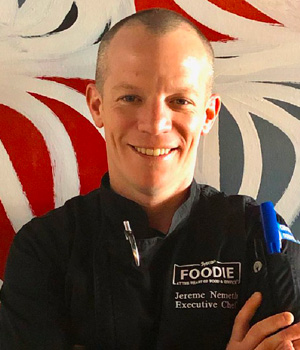 “In this region, we’re known for our Carolina-style barbecues and smoked meats, so it’s always been part of my heritage. I realized that in a lot of barbecue rubs, you find some kind of sugar or sweet ingredient, which helps create a nice caramelization on the outside of the product. With blueberries having natural sugar, a light went off in my head. I added some savory items like cumin and aleppo pepper and created this amazing sauce,” Jereme explains. “We can use 15 different ingredients in this competition, and I used 14, including each of the berries represented by California Giant.”

This will be the third time Jereme has competed in this contest. He used his past experiences to form the recipe he submitted this time, and it clearly paid off. 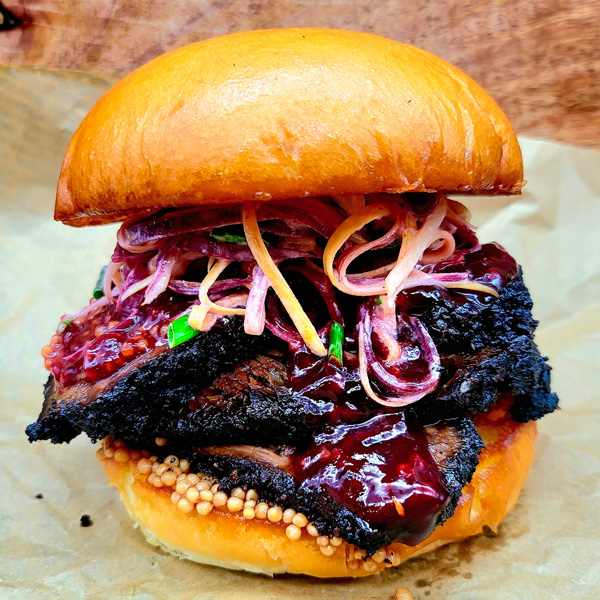 “Contests like this drive us to do better,” Jereme asserts. “Sometimes, chefs get caught up in the mundane repetition of what they’re doing. The Chef Invitational brings some of that joy back that you might have lost when you’re just cooking for a paycheck. It also inspires people that didn’t go to college, or aren’t a certified chef, to be able to come up with some cool outside-of-the-box techniques.”

Speaking of experience, Jereme has traversed an impressive career path that forged his own creative perspective in the culinary world.

“My first job was as a dishwasher under a chef named Jimmy Babb. At that point in time, I didn’t really know what I wanted to do, but after watching this chef do his thing in the organized chaos, and the camaraderie and community between the front of the house and back of the house, I soon decided that this is where I wanted to be,” Jereme relays. 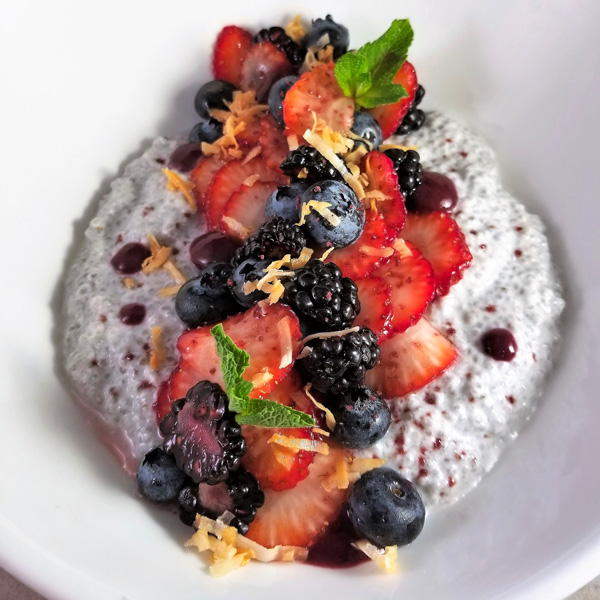 He attended a trade school while working in restaurants before going to Johnson & Wales University. After graduating, Jereme began in the hotel industry and then moved to meal prep. Later, he worked with Burton’s Grill for about seven years before opening a gastropub in Virginia Beach, Virginia. He then made his way to an upscale steakhouse for a couple of years until an opportunity at Sysco opened up. He has now been with Sysco for five years and is a strong advocate for bringing produce to the center of the plate.

“Traditionally, humans were made to eat 70 percent produce, but over the thousands of years of our evolution, we’ve flipped the script on that. I think showcasing produce in general, especially fresh berries, helps get us back to our roots and live a healthier, more stable life,” Jereme tells me. “Produce also adds color to a plate and elevates the natural flavor profile and textures.”

I’m nowhere near a professional chef, but just hearing Jereme speak of the trade inspires me to consider how I might up my own game in the kitchen. He leaves me with some words of encouragement for future competitors. 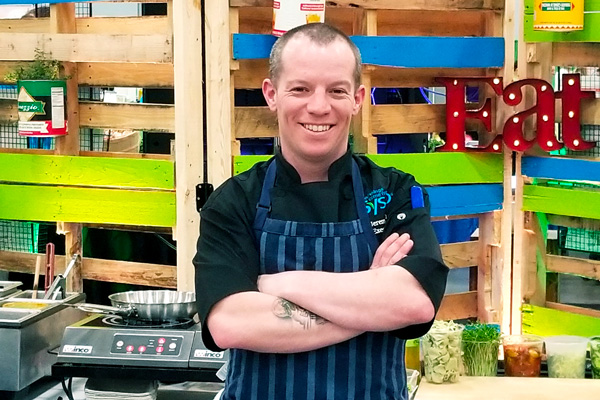 “Don’t be afraid to put yourself out there. It takes failure to succeed,” he says. “I failed two times—this time it paid off, and hopefully I’ll come home with a gold. Regardless, it’s a great experience, and I’m looking forward to it.”

The winner of this exciting competition will be announced at the end of the month, so keep an eye out as we report.