SOUTH CHILE – A volcano that produced one of the largest eruptions in the later 20th century is at risk of erupting again. The area surrounding Mount Hudson, or Cerro Hudson, has been placed under alert due to a series of recent earthquakes in the area.

The ONEMI (Oficina Nacional de Emergencias) and SERNAGEOMIN (Chilean Geological Survey) raised a Yellow alert in the southern Andes after a series small earthquakes have shaken the region since increasing in number in early November. Wired reported that although none of the earthquakes are stronger than a 3.2 magnitude, the location of the earthquakes have caused officials on begin cautious preparations. 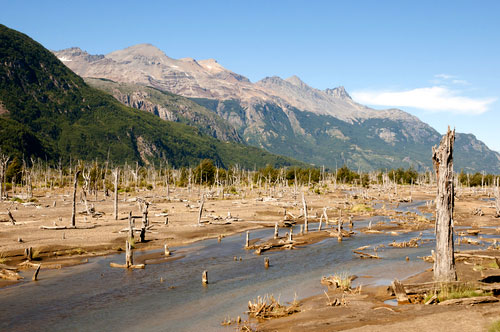 The geological institutions set up a 3.5 kilometer exclusion zone around the volcano, as authorities err on the side of caution. The number of earthquakes hasn’t necessarily increased the volcano’s baseline activity, but the energy released by the largest of the quakes has been increasing over the past months.

In its alert, ONEMI named Aysén, Río Ibáñez, and Chile Chico as under a warning in case the volcano does erupt, according to Volcano Discovery. If so, these locations are most at risk for ash falls and mud flows. 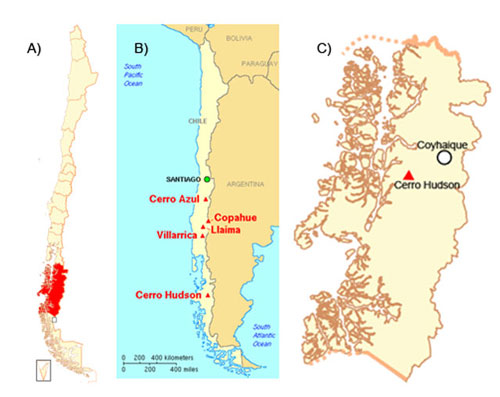 The Hudson last erupted in 2011, after a similar grouping of earthquakes struck the region. That latest eruption was a VEI 2 eruption which opened three new vents on the volcano and covered the surrounding area with ash. In 1991, a VEI 5 occurrence from Mount Hudson rated on the same scale as the Mount St. Helens eruption in 1980.

Will these earthquakes continue, and possibly set off the sleeping Mount Hudson? AndNowUKnow will keep an eye on geological happenings round the world.