ISSAQUAH, WA – After trading sessions came to a close Costco Wholesale’s stock reportedly increased 1.7 percent to $153.17, as of 4:03 PM on Friday. This increase comes after the company raised its quarterly dividend by 5 cents, from 40 cents to 45 cents.

This raised dividend boosts the yield from 1.06 to 1.19 percent, in comparison to Thursday’s lower closing price of $151.40. The dividend will be payable to shareholders on May 13, as of market close on April 29.

So what else is contributing to this Costco stock rise trend? Analysts told TheStreet that they credit some of the increases to Costco’s recent credit deals with Citigroup and Visa. Although these deals have decreased the company’s profit margin, overall Costco has reported higher sales and merchandising margins. 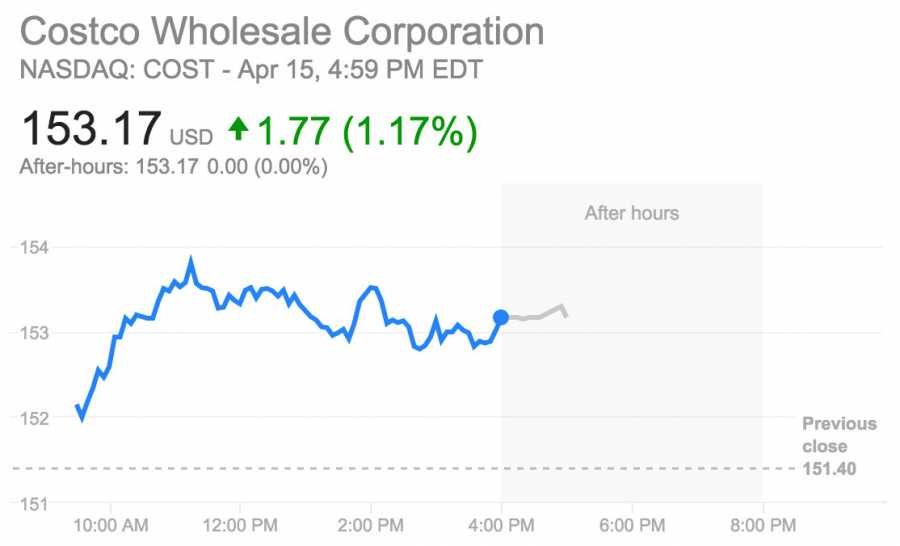 The Street’s Jim Cramer added that he predicts membership revenues from the Costco and Visa partnership will be beneficial to the retail chain, especially following the stock’s latest pullback.

This quarterly dividend followed in a pattern for Costco, as the company also made a similar move last year, and raised its shares from 35.5 cents to 40 cents per share, in addition to paying a one-time special dividend of $5 per share.

Ride the stock rises and falls with AndNowUKnow as we keep you up-to-date on Costco and other retailers market standing.