MONTEREY, CA - Organic Produce Summit (OPS) 2018 has landed two big names in health and wellness—Ed Carolan, President of Campbell Fresh, and Dan Buettner, noted journalist, author, and discoverer of Blue Zones. At the third annual OPS on July 11-12, both men will take the stage as keynote presenters, headlining an informative and insightful series of educational sessions and networking opportunities.

“We’re thrilled to have two dynamic and engaging leaders in their fields providing OPS attendees with thought-provoking and inspiring content which highlights the growth and opportunities related to organic fresh produce,” said Susan Canales, President of OPS. “Both Ed and Dan are very excited about the chance to speak to the producers and sellers of organic fresh produce emphasizing the importance of products that are truly impacting consumer’s lifestyles and eating habits.” 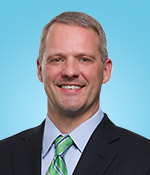 As the overseer of Campbell Fresh, Carolan leads the team which produces the Bolthouse Farms brand of beverages, dressing and carrots; Plum Organics; Garden Fresh Gourmet brand of soup, salsa, hummus and other dips; and Pacific Foods, a leading producer of organic broth and soup, following the company’s recent acquisition. According to a press release, Campbell has approximately $1 billion in annual net sales from fresh products, and its portfolio provides nearly 15 billion servings of vegetables annually. OPS also notes that the company’s organic portfolio is in the top 10 in the industry and currently growing at double digits.

Buettner is an explorer, National Geographic Fellow, award-winning journalist, and New York Times bestselling author, but he is perhaps best known for his discovery of Blue Zones. Blue Zones are the five places in the world where people live the longest, healthiest lives, according to a press release, and Buettner now passes off his knowledge through partnerships with municipal governments, large employers, and health insurance companies using wellness initiatives. Dubbed Blue Zones Projects, these initiatives apply lessons from the Blue Zones to entire communities by focusing on changes to the local environment, public policy, and social networks.

In tandem with the two keynote presentations, a Retailer Roundtable featuring three of North America’s largest and most prominent retailers will be included in the program. You’ll have to stay tuned for those names! The Summit will also soon announce a series of six educational sessions featuring informative and engaging topics and leaders from the organic fresh produce industry. Field tours at several of the nation’s leading organic producers are also now available for qualified retailers and wholesalers.

Retailer and general registration, as well as information on schedules, sponsorships, and a complete list of exhibiting companies is available on www.organicproducesummit.com.