DOWNERS GROVE, IL - Fresh Thyme Market recently appointed Liz Zolcak to VP of Operations, news that comes directly after the retailer announced its new logo and advertising campaign. The former Kroger and Aldi executive has over 15 years of experience within the industry, bringing a wealth of knowledge to the organic market. 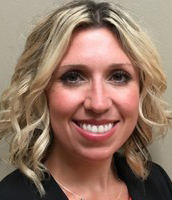 According to Zolcak’s LinkedIn, she was most recently Kroger’s Vice President of Retail Operations. Prior to that, she was President at Ruler Foods, a discount grocery banner under Kroger. Zolcak spent a good portion of her career working her way up at Aldi, beginning as District Manager before eventually being promoted to Director of Corporate Buying in 2011. After that, she was promoted once more to Director of Marketing, a role which she held for five years.

Throughout her career, Zolcak has been a tour de force. While at Ruler, she made changes that allowed for greater fresh produce penetration.

Similarly at Aldi, she launched a better-for-you and on-the-go product line of 70 SKUs that supported fresh food. She has vast experience in developing, rebranding, and marketing.

How will this new appointment give Fresh Thyme another market edge? AndNowUKnow will continue to report.