MOUNTAIN VIEW, CA – Google is looking to stay one step ahead of the e-commerce game with a new strategy which will project its Shopping Express even further; effectively upping its reach to consumers. Google announced that it will stop the perishable grocery portion of its online delivery service in order to take the program nationwide.

"We made the hard decision to focus on dry good groceries and having that be national," Brian Elliott, Google Express General Manager, stated, according to Business Insider. "For now, we're not gonna sweat the milk, and eggs, and ice cream side of it."

Express first began offering consumers full-service options in 2013. Elliott stated that in the face of some hang-ups since its launch, the program has finally found a business strategy that is rapidly boosting the scope of the program. According to Business Insider, this includes the following:

This shift to its business model will take the program from just 20 states and regions, to a full national scope by the end of 2016. Business Insider reported that Express has 50 total merchants signed onto its program including retail giants such as Target and Walmart. The expansion will sign offer nationwide delivery for Whole Foods and Costco as well. 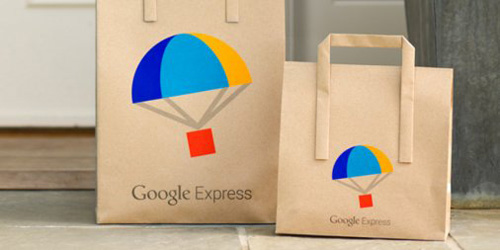 Google will partner with additional third-party delivery services, like OnTrac and Dynamex, to offer further options and faster times. Business Insider speculated that this move will also help Google save money by getting rid of more of its own trucks and increasing commissions of total purchases.

With this shift, Google is hoping to reinstate itself as the premium choice for product searches with a national Express platform, though it will differentiate the program from other services that do offer perishable deliveries.

"We've been testing a lot of different things, figuring what works, and how it works," Elliott continued. "And now we're really, dramatically scaling the business."

Though fresh fruits and vegetables are affected by this turn of events, it sounds as though the decision isn’t definitive for the length of the entirety of the program. Will fresh fruit and vegetables be making a fast return if the program is successful? AndNowUKnow will continue to report.