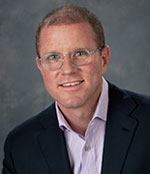 “I couldn’t be more proud of the progress Grocery Outlet has made over the last seven decades,” Read commented in a press release. “Since I started, our store base has tripled to more than 330 stores, and we have added over $2 billion in sales. During this time, we also assembled a highly talented and experienced management team to execute our strategic plan and to continue my grandfather’s mission of touching lives for the better. I remain committed to serving Grocery Outlet in the role of non-executive Vice-Chairman as the Company capitalizes on the strong growth opportunities that lie ahead.”

Grandson of Grocery Outlet Founder Jim Read, MacGregor Read served in multiple roles within the company since his career began in 1993. From that time, Read has held leadership positions across several divisions, including purchasing, retail merchandising, real estate, and construction. He also served as Co-CEO from 2006 to 2018, at which point, he assumed the role of Executive Vice Chairman. 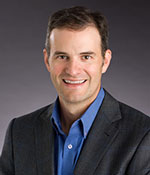 “MacGregor has been a passionate leader helping evolve our business while never allowing us to forget our roots,” Lindberg said. “His deep connection with independent operators and suppliers along with his vision for growth have helped set the stage for long term success. While we will miss his daily presence, we look forward to benefiting from his continued leadership on our Board and the close friendship so many of us have with him.”

We wish MacGregor all the best as he heads into the next stage of his life journey.