ELGIN, MN - The apple market is stabilizing, as Honeybear Brands’ Don Roper tells us, and due to strong retail dollar gains over the holidays, many grocers are poised for further sales growth in the new year. Apple sales activity is high, which is a big contributor to the entire produce department, and Honeybear works to play a key role in helping maximize ROI for retailers. 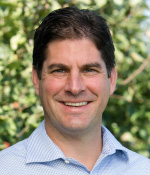 “Prices have been increasing all fall and early winter, which slowed down demand following the holiday push, and now market supplies and overall apple movement are more closely aligned. We are seeing some upward price pressure on a few varieties, but in general it seems that supply is in line with demand,” says Don, Vice President of Sales and Marketing. “Our expectation is that pricing will be stable in the midterm, followed by a continued upward movement from early spring until the new crop is harvested.”

Through December, the industry has shipped about a third of total crops, which is slightly ahead of last year’s trends. Don adds that this has led to price increases on nearly all of the varieties in the marketplace, driving topline dollar sales, and subsequently, consumers are seeing higher retail prices. Overall volumes are down slightly, with the national crop size about 12 percent smaller than last year. 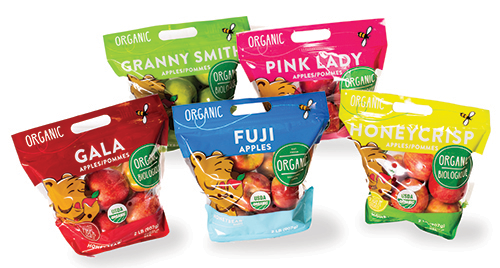 “Comparing pricing to last year, on nearly all varieties, it is sufficient to say there has been strong upward movement on the cost of goods sold (COGS), which occurs when you have a smaller crop than the prior year,” Don continues. “Most notably, the Honeycrisp market is nearly 10 to 15 dollars more per full equivalent cartons than last year at this time. As the bellwether of the apple category, this has led to apple SRP inflation.”

Don states that crop quality has been dependent on the growing region this year. From heat at the beginning of harvest to cold temperatures at the end of harvest in Washington, the company did face some challenges which resulted in lower inventory levels. Overall quality in Washington was good, while a more subdued color on the apples, especially Honeycrisps, put added price pressure on premium grade apple varieties.

“There will be gaps on several varieties as we head into late spring and early summer, so we are expecting prices to move up as we move toward March and April,” Don says. “Shipper-marketers should ensure product availability throughout the summer. Raising prices will help slow the movement of apples overall in order to smoothly segway into a new crop.”

Apples play a large role in driving sales to the produce department, so shippers and buyers should continue to promote and push sales opportunities to consumers. SRPs might not be as aggressive as last year, according to Don, but apples drive topline dollars and deliver strong gross margins back to retailers. We can likely expect to see several promotions throughout the spring and summer, especially for varieties that will not have a gap in supply this year.

“Imports will come into play on nearly all varieties this year, conventional and organics, with the possible exception of Fujis due to large supply and slow movement,” Don adds on a final note. “Add this to a highly fluctuating, upward moving freight market, and several national and large regional retailers are already planning to execute an import apple strategy to secure some price relief.”

In our next article with Honeybear Brands’ Don Roper, we’ll discuss some exclusive strategies for retailers to capture sales in the produce aisle, so stay tuned.