JAPAN & ARGENTINA - Two major earthquakes have struck in the last several days, shaking Japan in the west, Argentina in the south, and triggering a tsunami warning in the Pacific.

Japan saw a massive earthquake on its eastern side yesterday morning, striking a 6.9 on the richter scale and evoking a possible tsunami. 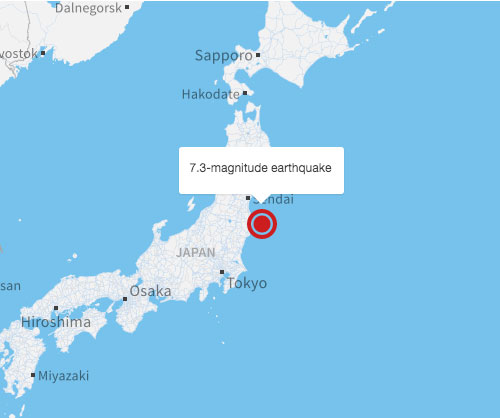 The quake was originally strong enough that the Japan Meteorological Agency originally reported it to have reached 7.4 magnitude. Striking six miles deep near Honshu, the tremors were felt as far as Tokyo, with four aftershocks already recorded after the initial event.

Shortly after, The National Weather Service's Pacific Tsunami Warning Center warned of possible tsunami waves as high as 10 feet. The agency reports, however, that we have no threat of a tsunami on the U.S. West Coast. 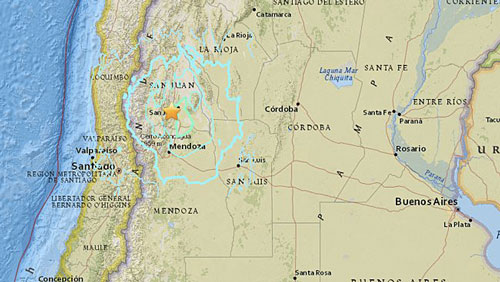 This event hit just 48 hours after an earthquake of near-the-same magnitude occurred in Argentina, striking at 6.4 magnitude about 14 miles west of the city of San Juan on Sunday night. This event was further inland, with shaking reaching as far as Chile’s capital of Santiago. Further from the water, the Chilean Navy assured that there was no threat of a tsunami from this event, according to AccuWeather.

Officials reported a low likelihood of damages for Argentina, but some landslides did interfere with the international highway between Chile and Argentina.

We will continue to follow these and other events that could influence areas pertinent to the produce industry.