OAKLEY, OH - Kroger is launching a pilot of a trendy dinner kit program, Prep+Pared, in four of its Ohio stores—the innovative packs come with everything required to make a meal for two.

While home delivery isn’t currently on the menu, the in-store offering looks like a strategic move to compete with online meal kit delivery services such as Blue Apron, Hello Fresh, and Peach Dish. 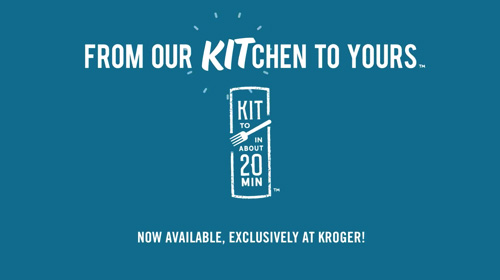 According to local news source FOX19 WXIX, Kroger’s Prep+Pared prices start at around $14 and include recipes such as:

According to the source, the kits are currently available in four Cincinnati stores–Hyde Park, Oakley, Harpers Point, and Sharonville–though Kroger confirmed plans to roll the program out to more local stores, soon. Additionally, the kits can be ordered online through ClickList and picked up in-store at the Oakley and Sharonville locations.

The Washington Post reported in an article on the decline of the American home-cooked meal, that in 2015 less than 60 percent of suppers served at home were actually cooked at home. In the age of technology, revolutionary new solutions have been popping up to respond to consumer calls for convenience. As such, Blue Apron was founded in 2012, has been rapidly expanding in recent years, and is now lining up the pieces for an anxiously awaited IPO.

Will Kroger’s new program be enough to keep classic retailers competitive in this rapidly changing world of home cuisine? AndNowUKnow will keep you in the loop.