DETROIT, MI - Kroger is making its presence in Michigan known, with a new plan to invest $97 million into the Great Lake State. This week, the retailer announced that this investment will include two new stores, 11 store remodels, and three new fuel centers, all completed during 2019. 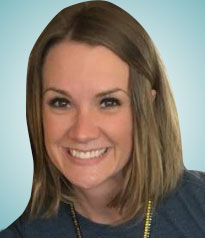 “Kroger is among the largest employers in Michigan, with over 18,000 associates assisting customers in 120 stores,” said Rachel Hurst, Kroger’s Corporate Affairs Manager, according to the Detroit Free Press. “We feel honored to serve the people of southeast Michigan and to implement the Kroger Purpose to feed the human spirit through food, inspiration, and uplift.”

Along with Kroger’s major investment announcement, the retailer also revealed that it is closing one of its locations in Metro Detroit. The news source reports that the two Kroger stores on Michigan Avenue “will soon be down to one” due to financial reasons. The store at 23303 Michigan Avenue will remain open, while the store located at 23000 Michigan Avenue will close on May 18.

“The store has been losing money for some time, and we do have a store across the street we are looking to serve all our consumers at,” Hurst continued.

In addition, 20 stores across the state of Michigan will also now offer Kroger Pickup as part of the retailer’s $97 million investment.

A complete list of the 11-store remodel has not yet been disclosed.

For more breaking grocery retail news as it relates to fruit and veg, keep reading AndNowUKnow.