CINCINNATTI, OH - Lil Nas X wasn’t singing about retailers in his viral Billboard-topping song “Old Town Road,” but I think the spirit of many of grocery’s biggest names can easily be found in the rap-country lyrics. Namely, that of Kroger. As part of its plan to put as many distribution centers on the map as possible, Kroger is taking its Ocado facilities to quite a few “old town roads,” if you will, and is most likely going to build and build and build until it can’t no more. The Dayton Business Journal reported that the Cincinnati-based retailer is opening a new $55-million, 335,000-square-foot distribution center in Monroe, Ohio.

According to the news source, Butler County property records show that Kroger purchased 68 acres of land on Hamilton-Lebanon Road in Monroe on March 20. This transaction included 62 acres of land for the price of $3.75 million and six neighboring acres for the price of $829,640. The new facility is part of Kroger and Ocado’s plan to build 20 fulfillment centers over the next three years. 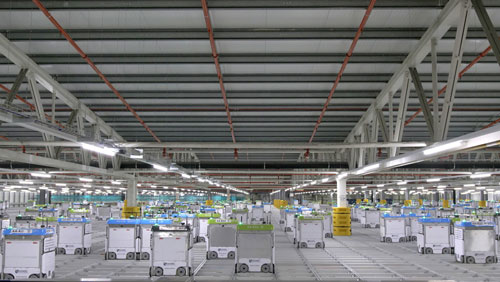 While Kroger has home-court advantage with its latest facility, the news source reported that the retailer isn’t alone in the Monroe market; major e-tailer Amazon is also opening a distribution center there.

Kroger’s facility is slated to open in 2021 and will create 410 new jobs for the market.

For the latest grocery retail moves, AndNowUKnow will continue to keep you covered.