Magnitude 7.7 Earthquake Hits Off the Coast of Chile

CHILE – Thousands were forced to evacuate the coast of Chile this weekend as a magnitude 7.7 earthquake hit just off the country’s coast.

The quake occurred on Christmas morning, December 25, roughly 25 miles southwest of Puerto Quellon, according to the US Geological Survey. 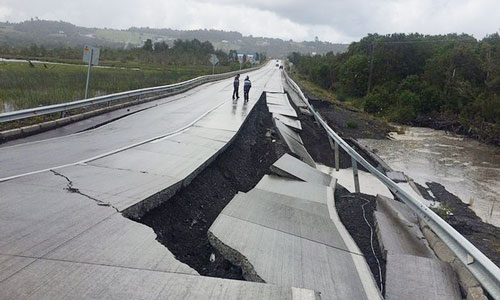 The size of the quake and its proximity to the Chilean coast prompted a threat message from the Pacific Tsunami Warning Center, but by mid-day the threat had passed.

Likewise, a “state of precaution” issued by Chile’s National Emergency Office (ONEMI) for the Los Lagos region was lifted and the evacuation of coastal areas was shortly canceled, allowing nearly 5,000 evacuees to return to their homes, according to a Reuters report. 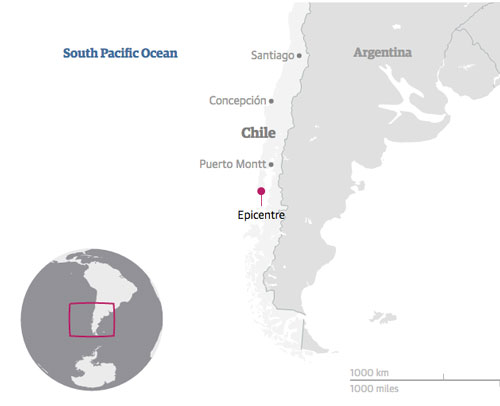 The warning had been issued for areas within 1,000 km (621 miles) of the quake’s epicenter, but the warning was quickly downgraded. Eight small ports were closed, and some 21,000 homes were left without power in the wake of the earthquake.

The earthquake was felt as far away as Bariloche, on the other side of the Andes, but only limited damage to infrastructure was reported.

For more on this seismically-prone region, check in with AndNowUKnow.