Terminating the current agreement would restart a U.S. antidumping investigation on fresh tomatoes from Mexico that has been on hold for more than 20 years. The two Florida Senators say the move would give Commerce more leverage to try and secure a new suspension agreement that is both effective and enforceable, according to a press release.

“Since the first tomato suspension agreement was enacted in 1996, hundreds of U.S. tomato growers across the country have been forced out of business,” reads part of the letter issued to Secretary Ross. “Small family operations have been particularly hard hit, and the production losses reverberate beyond agriculture to deeply impact rural economies and land development patterns. The industry will continue to shrink if the status quo is maintained.” 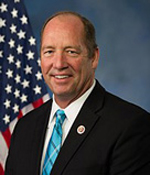 Calling the tomato suspension agreement between the Department of Commerce and Mexican tomato producers "ineffective," Yoho added in a press release that it places U.S. tomato farmers at an unfair disadvantage.

The letter, signed by representatives in 12 different states and territories, noted that Mexico’s share of the U.S. tomato market has increased from 32 to 54 percent, while the share for U.S. growers has fallen from 65 to 40 percent. Since 2002, imports of Mexican tomatoes have skyrocketed 125 percent, and U.S. production has declined 34 percent. 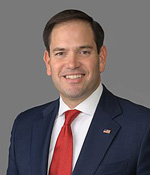 “Fairly traded imports can and do enrich Americans’ lives, but unfair trade practices can eviscerate the jobs and production that define dignified livelihoods and sustain our communities,” Rubio said in the release. “The U.S. tomato industry has been the canary in the coal mine for domestic fruit and vegetable production over the last three decades. Immediately terminating the suspension agreement will reinvigorate the antidumping investigation on fresh tomatoes from Mexico and send the message that the U.S. will ensure vigilant enforcement of our existing trade laws and trade agreements.”

AndNowUKnow will keep you up-to-date with additional news.