SELAH, WA – Runners of the Boston Marathon were treated to more than just ideal weather conditions with a sundrenched overtone this year. Attendees were also supplied with a tasty selection of apples from Rainier Fruit’s Organic lines. 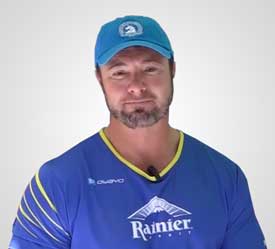 "We feel that having Rainier apples as the Official Apples of the Boston Marathon was a huge success,” Rainier Fruit's President, Mark Zirkle, told AndNowUKnow. “There are very few other venues where you elicit such a huge number of consumer responses to the apple varieties that, as growers, we see as our future: Organic Honeycrisp, Pink Lady, and our very own Lady Alice®.”

To see footage of Rainier Fruit at the event, and learn more about the company’s first sponsorship with the Boston Athletic Association, watch the video below.

The company said that over 70,000 apples were sampled during this year’s event, which marked the 120th occurrence of the marathon. The Boston Athletic Association reported over 30,000 attendees at the event on April 18, equating to roughly over two apples per happy runner. 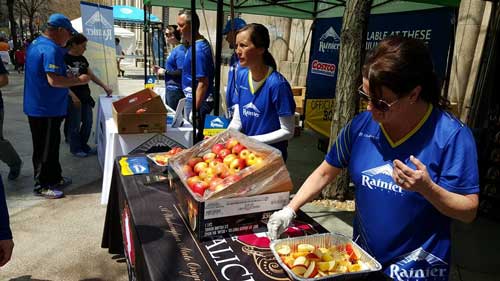 Zirkle said that the company’s role as an official sponsor of the event was well-matched with the Boston Athletic Association due to the company’s increasing commitment to growing and providing organic apples. These organic products compliment the healthy lifestyles pursued by both Rainier’s customers and runners of the Boston Marathon.

“We left there feeling very good about our commitment. We have planted, and will continue to plant, varieties based on consumer demand, not just because it may be a variety that is easy to grow," finished Zirkle.

As we previously reported, this year’s sponsorship marks a new multi-year partnership with the Boston Athletic Association. This opportunity gives Rainier the chance to sponsor the running market in other events, which Running USA has reported as having grown over 300 percent in the past 20 years.