FISHERS, NY - The fresh bloom of a crop is a sign of new beginnings and opportunities. As reported by the New York Apple Association, apple trees are now in bloom across the state of New York as the spring season comes to a head.

“This year’s bloom is now on track despite a false start due to a couple of cold snaps in late April and first week of May. Concerns about any potential frost damage have largely receded as bloom progresses,” said company President Cynthia Haskins. “It is warming up in Central New York and apple blossoms are in bloom right now.”

Temperatures have warmed enough statewide to coax blossoms from their winter sleep, turning orchards into seas of pink buds that are opening into white flowers. According to a press release, while blossoms are already peaking in the Hudson Valley, they are just starting to break open in western New York, and will soon follow around Lake Champlain. 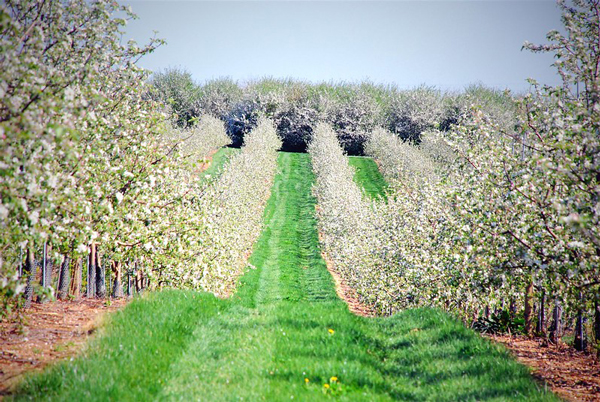 It is warming up in central New York in more ways than one as the state has begun the process of restarting business after a statewide stay-at-home executive order stemming from the COVID-19 pandemic.

“This year’s apple blossom comes at a perfect time as it brings a smile to everyone’s face,” shared Haskins. “There are well over 50,000 acres of apple blossoms this season and the public enjoys driving by the orchards to take in the beautiful sight. Consumers want to know where their food comes from, and apple bloom is a beautiful sign of what is to come—New York State apples freshly picked off the tree.”

The association produced a short video showcasing New York State apple blossoms while visually telling the apple story. The video centers on growers, apple orchards in bloom, bees, and pollination. The video will appear on social media platforms this week.

“The 2019 New York state apple crop will sell out well before harvest starts this fall, so apple fans who haven’t had their fill yet will want to stock up now,” said Haskins. “Most of that fruit is being stored in high-tech controlled atmosphere storerooms that maintain the apples’ just-picked flavor.”

New beginnings are always in bloom amidst the fresh produce industry, so keep checking in on the latest reports from AndNowUKnow.