Officials Seize Over $1.5 Million Worth of Cocaine in Fruit and Veg Shipment in the Channel Tunnel Terminal at Coquelles

FRANCE - On April 17, Border Force officials discovered a tainted fruit and vegetable shipment coming through the Channel Tunnel terminal at Coquelles, France. After uncovering roughly $1.5 million worth of cocaine hidden by a fraudulent distributor, the officials have now completed their arrest of the perpetrator.

“This individual thought he could hide his criminal activity under the guise of a legitimate business,” NCA Dover Branch Commander, Martin Grace, said. “If undetected, this cocaine would have undoubtedly been distributed in the U.K., where the class A drug trade fuels violence and exploitation.”

Narcis-Bogdan Stoica of Romania had attempted to create a fake distribution business in order to smuggle this shipment of illegal drugs, which had a potential street value of an estimated £1.2 million (around $1.5 million). When his van was searched, officials found two built-in concealments for the drugs which were accompanied by pallets of fresh fruits and vegetables in the back of a van, according to KentOnline. 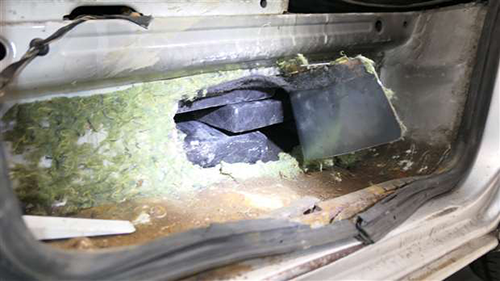 Stoica recently appeared in court to plead guilty to this crime, ultimately earning him a six-year-long prison sentence.

“Excellent work by Border Force and the NCA has ensured that more than £1M ($1.2M) of cocaine has been kept off the U.K.’s streets and brought a smuggler to justice,” Minister for Immigration Compliance and the Courts, Chris Philp, said. “Illegal drugs fuel crime, violence, and exploitation, which is why our work to prevent them reaching our communities is so vital.”

Thank you to all of our border officials for the continued protection of our fresh fruits and vegetables!