AUSTIN, TX - When you think organic produce and Whole Foods, you may think they go hand in hand. But recently, due to the company’s latest organic rating system, that relationship could see some strain.

According to The New York Times, some organic farmers are now arguing that Whole Foods' new rating system (which designates produce as only “good,” “better,” or “best”) is “misleading” consumers to believe that conventionally grown produce is an equivalent to organic. These longtime suppliers to Whole Foods are arguing that the program titled “Responsibly Grown,” can grant a company that does not meet federal organic certification the same quality of rating as an organic company. The New York Times adds that conventional growers may even receive higher rankings than organic farmers by implementing things like garbage recycling programs, alternative energy sources, pesticides reduction, and field conservation.

“Whole Foods has done so much to help educate consumers about the advantages of eating an organic diet,” five farmers wrote to Whole Foods Co-CEO and Co-Founder John Mackey in a letter obtained by The New York Times. “This new rating program undermines, to a great degree, that effort.”

Vernon Peterson, a grower and packer of organic fruit in Kingsburg, CA, spoke with NPR about this new system, calling it "dumbfounding."

"Organic is responsibly grown, for goodness sake," he told NPR. "Organic should be the foundation of anything that Whole Foods might do."

Peterson added that organic certification is more difficult to achieve and means more than Whole Foods' new ratings. To follow organic rules is expensive and requires third-party auditors to make sure growers follow those rules. There are no outside auditors in Whole Foods' system. 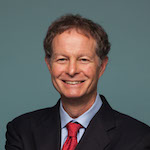 During a conference call from Whole Foods in May, Mackey acknowledged that the rising demand in organic foods was having a substantial benefit to the company's business.

“We’re doing all we can, but the reality is, there’s more competition,” Mackey said. “Everybody is jumping kind of on the natural- and organic-food bandwagon, and that’s really, frankly, due to our success.”

When Matt Rogers, Associate Global Produce Coordinator at Whole Foods, was asked about the company’s produce rating system, he said it was merely an attempt to help consumers make choices. Rogers also noted that by forbidding some pesticides and awarding points for conservation and reduced water use, Whole Foods is both raising the bar for conventional suppliers and inching them closer to organic standards.

“Organic is an incredibly deep standard, and at Whole Foods we celebrate that in very consistent, long-term ways,” Rogers told The New York Times. “But the organic standard does not cover water, waste, energy, farmworker welfare, and all of these topics are really important, too.”

All in all, with both sides having both logical and financial reasonings behind their arguments, this battle may go on longer than either group would hope for.

Stay tuned to AndNowUKnow as we continue to follow this new wave in produce rating conventions.