Police Seize Roughly 6.6K Pounds of Cocaine Worth $253 Million in The Netherlands

ROTTERDAM, THE NETHERLANDS - Crimes involving fresh produce have been thwarted once again this past weekend. In a monumental crackdown, the police and customs officials in the Netherlands seized nearly three tonnes (around 6.6k pounds) of illicit drugs in fresh produce shipments over the course of three days.

The total street value of the drugs is around €213 million (around $253 million), officials said. According to the DutchNews.nl, the seizures were made at the Rotterdam port in three separate shipments of pineapples and bananas.

On Sunday night, officials seized one tonne of cocaine hidden in a container of pineapples from Costa Rica. The consignment was heading for a company in Barendrecht which probably knew nothing about the drugs, police said. 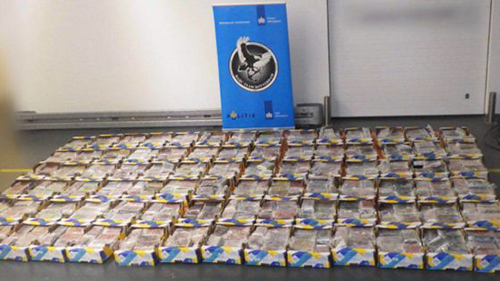 On Saturday, officials found 1.1 tonnes (around 2,425 pounds) of cocaine in a shipment of bananas from Ecuador. Last week, they had also found 743 kilos of the drug in another banana shipment from the South American country.

We thank these officials for working tirelessly to keep both fresh produce and their country safe. Keep checking back to AndNowUKnow as we bring the latest in the industry.