TAMPA, FL - After over a decade of wooing, Publix has finally confirmed it will be opening a new location in Tampa Florida. The 37,600-square-foot Publix store is expected to open in the fall of 2017, and will be part of an $80 million to $90 million development project. 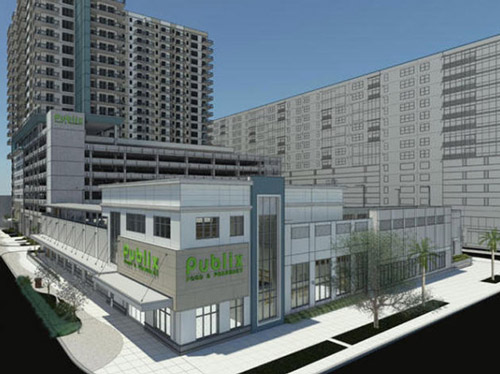 “Publix is excited about the opportunity to serve the Channel District community," a Publix Spokesman emailed the Tampa Bay Business Journal. "While there is still work to be done, including final contracts and the permitting process, we are confident that all parties want to see the successful completion of this project. We are thankful to the mayor for his continued commitment and focus on the culture and diversity of Tampa and the Channel District area.”

Ken Stoltenberg and Frank H. Bombeeck, the heads of store-developer Mercury Advisors, have worked for 13 years to bring a grocery store to the Channel District, according to the Tampa Bay Times. The developers say the store will be paired with a planned 21-story apartment tower in a project known as the Channel Club. Construction for the $80+ million project is set to being this upcoming spring.

"This really drives home the reality that downtown Tampa has become a place to live, work and play," Tampa Mayor Bob Buckhorn shared with the Tampa Bay Business Journal.

For more on the latest retail news across the globe, AndNowUKnow will continue to update you.