INDIALANTIC, FL - Eastern Florida residents were in for a pleasant surprise this week—when a mysterious grocery development was revealed to be a new Publix concept store. 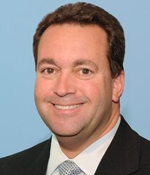 “No it’s not a Greenwise, it is a Publix but nothing like anywhere around here (literally),” said Dave Berkman, Mayor of Indialantic, Florida, in a Facebook post Tuesday night, which was subsequently reported on by Florida Today. "They call it a Prototype or Concept Store, the design and products are designed around the special communities they support. Someone mentioned they had recently been to one in Gainesville, ours will be similar but not exactly like it. I expect it will have fresh prepared foods, specialty meats/cheeses, organic, cafe seating inside and outside, etc.”

Initial plans had been submitted in August, prompting local speculation as to the identity of the new development.

The Indialantic Zoning and Planning Board approved Publix’s site plan Tuesday. Hairteck and Sun Clean Dry Cleaners storefronts will be razed to make way for the new 27,251-square-foot grocery store.

For more on this and other fresh-focused retail news, keep reading AndNowUKnow.