UNITED STATES - Two opposing weather patterns are poised to strike the United States due to a contorted jet stream. High pressure along the West Coast and a downstream dip in the East will soon result in a nation almost divided in half by two seasons: summer and winter.

Along the West Coast and the Southwest—including key ag states such as Arizona, California, and Texas—temperatures are expected to eclipse the above average zone by nearly 15 degrees. These areas have already seen extreme heat over the past month, intensifying the effects. 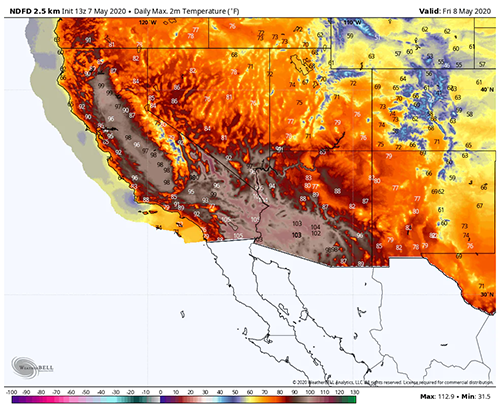 According to an article in The Washington Post, these temperature extremes are particularly—and strangely—severe for this time of year. In the East, the polar vortex will bring frigid air and temperatures closer to those seen in March.

Key growing regions are no strangers to these extreme heatwaves, and AndNowUKnow will keep its eyes toward the newswire and the industry crop and market updates.