MEXICO - If the grocery retail landscape was a medieval jousting tournament, I think it is safe to assume that all the grocers attending would come armed, even if secretly—you never know what your opponent might pull, so it’s better to be ready. Walmart Mexico, however, not only came ready but is now advancing upon Amazon with an unsheathed sword as a means of protecting one of its hottest markets and preventing the e-tailer from growing any further.

This week, news broke that Walmart Mexico is “penalizing” food companies supplying groceries to Amazon, which has led some suppliers to sever their ties with the e-commerce giant, according to Reuters.

The news source interviewed two Mexican suppliers, who said that the disparity between the prices both Amazon and Walmart listed their products at resulted in Walmart forcing its suppliers to choose between the retailers by docking their payments. Both suppliers explained that this has costed them tens of thousands of dollars collectively and ultimately forced them to remove their products from Amazon’s listings. 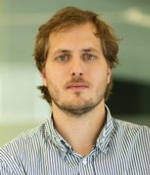 Ignacio Caride, Walmart Mexico’s VP E-Commerce, however, asserted that, “We [Walmart] could never tell anybody that they can’t sell to someone else. If we think there’s an opportunity to lower our prices, because we see better prices at other retailers, we’re going to negotiate for that access.”

The Daily Star reports that Walmart is one of the largest retailers operating in Mexico, dominating nearly 60 percent of its grocery sales both on- and offline. Amazon, while only having joined the market in 2015, and just the e-commerce sector at that, has already caught up to Walmart. This has led many in our industry to wonder if Walmart Mexico’s latest move is to counter any of Amazon’s advancements before they happen in, what Reuters notes, is Walmart's second-largest overseas market. 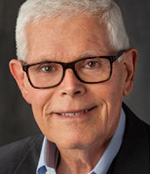 “They’re worried that Amazon will grow in Mexico,” said Bill Bishop, Co-Founder of Brick Meets Click. “They’re saying: Be aware of the fact that we’re not going to make it easy for you to grow here.”

Will Walmart’s supplier strategy help it in the long-run stay one step ahead of Amazon in one of its hottest markets? AndNowUKnow will continue to report.