TOKYO, JAPAN - Reports have surfaced this week that Walmart plans to part ways with its Seiyu banner.

According to a report by Nikkei Asian Review, Walmart is engaged in an ongoing effort to adjust its global operations to the pressures of intensifying competition from online retailers like Amazon and has decided to sell the 300 to 500 billion yen banner ($2.7 billion to $4.5 billion) thereby leaving the Japanese brick-and-mortar market.

According to Nikkei, multiple sources familiar with the matter have claimed that Walmart has approached both major retailers and private equity funds to court a potential buyer. 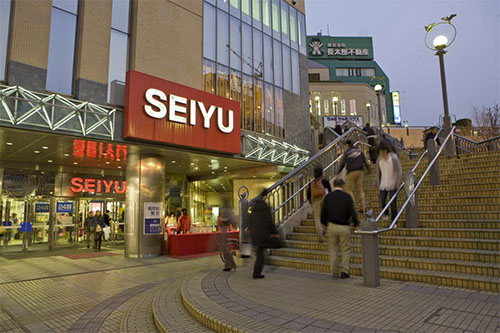 Though the move will divest Walmart of its brick-and-mortar presence in Japan, the company will presumably continue its partnership with Rakuten—with an online grocery service debuting this summer.

Over the course of the last year, Walmart has made significant investments and divestments in various international markets—most recently with the high-profile acquisition of Flipkart this May and the sale of controlling interest in the retailer’s Brazilian operations in June.

Walmart is not the first global retailer to depart the Japanese grocery market; Carrefour parted ways with its assets in the region more than a decade ago in 2005, and more recently, Tesco left the country in 2011. And Nikkei noted that Walmart’s sale would be the largest disruption to the Japanese grocery industry since Uny Group Holdings merged with FamilyMart two years ago.

How will Walmart’s international moves play out as it vies for market share with online competitors? AndNowUKnow will continue to report.