SANTA ANA, CA - After over 30 years on the retail side of the produce industry, Scot Olson is making a major career move across the aisle. The former Vice President of Produce & Floral at Grocery Outlet is joining sales and merchandising company FreshSource, LLC in the role of President for its newly restructured North/North West Division. 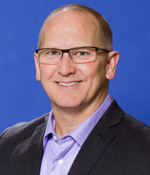 Olson has long been entrenched in a produce career, having worked at Albertsons for over 15 years, working as a Produce Manager, Quality Assurance Inspector, and Produce Buyer. He then shifted to a Grocery Outlet in 2002, where he has since been instrumental in developing both the produce and floral, as well as the meat department programs. When Olson wasn’t busy with his retail career, he has stayed active in the produce industry with speaking engagements at Ag Safe, taking part in Retail Panels for FPFC, serving as Chairman for the PMA Fresh Summit Committee in 2016 and, most recently, joining the Board of Directors for PMA. 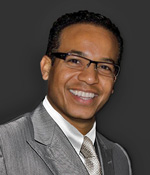 “It truly is an honor to have Mr. Olson join our growing family. I am excited to have his years of experience, leadership, and ingenuity to contribute to the FreshSource Brand,” Robert Thompson, Founder and CEO, said in a memo to the industry. “We have a very aggressive growth plan for the next few years and I am confident that Mr. Olson will add tremendous value to our leadership.”

In tandem with the hiring of Olson, FreshSource also announced the restructuring of its Northern California division to incorporate the Pacific Northwest.

Congratulations to our friend for this major step in his career and to FreshSource for adding this new wealth of produce industry knowledge!