“St. Louis has been home to Save-A-Lot for more than forty years, and we are proud to continue our association with this great city,” said President and CEO Kenneth McGrath. “Our desire to build for the future in state-of-the-art facilities with continued access to great talent on our doorstep underpins this decision.”

While contingent upon the approval of incentives, the company will step into Building 400 at the new location, which is now referred to as The Crossings at Northwest. There, the chain will reside in a 125,000-square-foot space that can, if requested, expand to 232,000-square-feet. The move adds 64 new jobs, retaining over 450 employees at The Crossings, a facility that impacts the region’s economy by a whopping $328 million, according to St. Louis County officials in a recent St. Louis Post-Dispatch article.

The news source also expounds that Missouri, itself, will offer the retail chain up to $3 million through its Missouri Works program, as well as $85,000 through its Skilled Workforce Missouri program, supporting the implementation of the move. Further, the city in which the headquarters will be set, St. Ann, will offer a 50 percent property tax abatement over a 15-year term in exchange for the creation of new jobs. 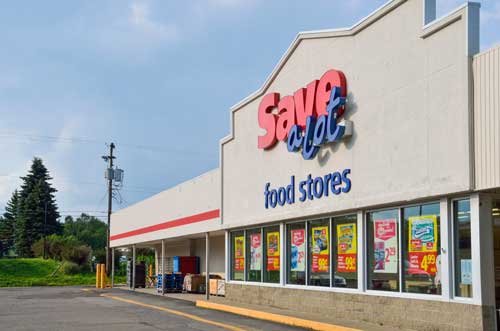 The step into the St. Ann location is the newest move for the retailer, which was sold to Canadian private equity firm Onex Corp for $1.37 billion from its previous parent company, Supervalu. Now, it endeavors to move into the new space from its current Earth City headquarters, which also resides in St. Louis County and has been appraised at $9.5 million; the previous building is owned by Smith Asset Holdings LLC and Moran Foods Inc., which, according to the news source, does business as Save-A-Lot.

Another key component of this move is that the St. Louis County-based company named McGrath as its President and CEO just over a year ago, and as his first year comes to a close, the company is clearly making moves for growth and new opportunities in its new homebase.

How will this step into new territory both expand the company’s reach while also grounding it in the region with which it is familiar? AndNowUKnow will continue to report.