GRAND RAPIDS, MI - Recently, the retailer announced its financial results for its 12-week fourth quarter and 52-week fiscal year ended December 28, 2019. SpartanNash, retailer and distributor, saw its fifteenth consecutive quarter of growth, ending with a 5.3 percent increase. The company cites its expansive growth is in part due to its acquisition of Martin’s and supply chain investment. 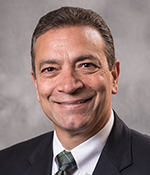 “We are pleased with the progress that was made in the last quarter,” said Dennis Eidson, Interim President and Chief Executive Officer. “By focusing on execution, we were able to deliver positive retail comparable store sales for the second consecutive quarter, reduce working capital, and increase our free cash flow, while making improvements in our supply chain operations. As a result, we were able to deliver results consistent with the guidance we provided following the third quarter and are optimistic about our future outlook.”

According to its financial results, the company reported operating earnings of $11.6 million compared to a loss of $11.9 million in the prior year quarter. The improvement was primarily attributable to the decrease in asset impairment charges as well as sales growth, partially offset by higher supply chain costs and administrative expenses, including higher healthcare costs and the Transition Costs associated with the CEO transition last August.

Some of SpartanNash’s fourth quarter fiscal 2019 highlights include:

Consolidated net sales for the fiscal year ended December 28, 2019 increased $471.5 million, or 5.8 percent, to $8.54 billion from $8.06 billion in the prior fiscal year. The increase in net sales was generated through the acquisition of Martin’s, as well as higher sales within the Food Distribution segment prior to the elimination of the intercompany sales for the acquired business.

The financial further stated the Board of Directors has continued a comprehensive process to identify the company’s next Chief Executive Officer and has made progress in the search over the last quarter. More information can be obtained here in the press release.