SAN BERNARDINO, CA - Regional California-based grocer Stater Bros. is celebrating its 83rd anniversary with a Fab Five-worthy makeover. On the heels of welcoming a new President, the retailer will be welcoming a sleek new look as well. 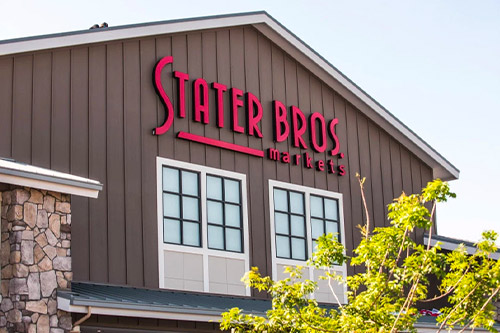 Stater Bros. Marketing Executive Vice President, Dennis McIntyre described the new look as “simple, clean, and uncluttered. We want our customers to have a relaxing shopping experience,” in a comment to The Orange County Register.

The news source reports that the retailer has been slowly introducing a more stylish look in recent years, repainting, reflooring, and relighting store interiors with warmer, more inviting tones, and has added popular grocery accoutrements like cut fruit, sushi, and expanded wine and beer selections. Stater Bros. is hoping to expand this fresh look, with plans to refurbish 45 of its stores by October of this year.

The grocer’s old look was undeniably dated, and the company’s leadership agreed that the existing corporate imagery did not reflect its evolution. The new, revamped logo was unveiled at its Tustin, California, store, but has also been rolled out on the retailer’s website and in its weekly mailer, which goes into detail about the rebranding rationale, according to The Orange County Register. The stylish new branding seeks to communicate to shoppers the extensive changes that the chain has undergone.