Statue of Publix Founder In Talks to Represent Florida in U.S. Capitol

LAKELAND, FL – As officials look to replace the current statue in Washington D.C., Publix Founder George Washington Jenkins is in talks to be the next memorable figure to represent the Florida in the Capitol.

"It's an honor that Mr. George is being considered," a Publix spokesman said Wednesday, according to bizjournals.com. "He left a lasting legacy of caring for our associates and our customers. He gave back to the communities we serve, and instilled a culture of giving throughout our organization; a culture that makes us proud to work for the company he founded — Publix Super Markets."

Jenkins is one of three historical Floridian figures being consider for the statue, which will replace the current marker in the capitol of Confederate General Edmund Kirby Smith.

The top contenders for the national and statewide honor were announced on Wednesday, from an original pool of 130 applicants which were submitted by the public. Legislature will now choose between the remaining three, including Jenkins, to replace the current statue representing the state at the legal request of Governor Rick Scott, according to Fox13 News. 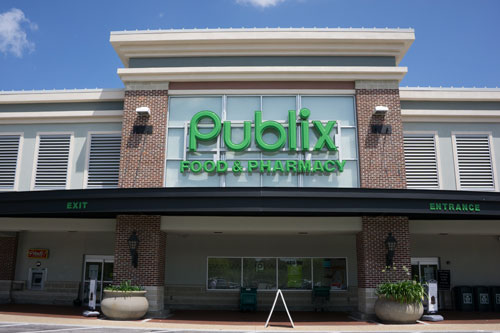 Jenkins was chosen as a finalist to represent Florida as a statue in the capitol due to his contributions to and impact on the state. Jenkins first founded Publix in 1930 in Winter Haven, FL. Over 80 years later, Publix is reportedly one of the largest private employers in the Tampa Bay region, with more than 35,000 employees.

As the retailer continues to announce expansions and plans to move throughout the Southeast, stay with AndNowUKnow as we continue to report on the possibility of this national honor, and what it could mean for the success of the Publix chain.